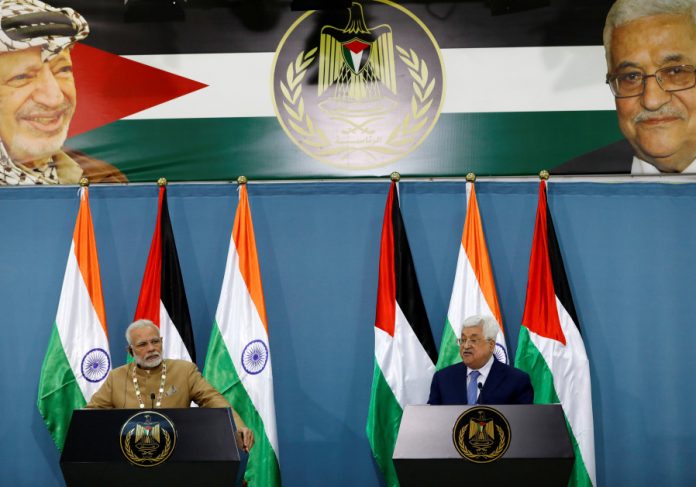 Israel has a strong bilateral relationship with India.

Five days after visiting Ramallah and calling Yasser Arafat one of the world’s greatest leaders, India’s prime minister is to host one of Israel’s staunchest enemies: Iranian President Hassan Rouhani.

According to the Iranian Mehr News Agency, Rouhani will spend three days in India on his maiden visit there as Iran’s president. The visit comes just a month after Narendra Modi gave Prime Minister Benjamin Netanyahu a royal welcome when he visited last month.

Modi’s welcome of Netanyahu, followed quickly by his current trip to the Palestinian Authority, Oman and the United Arab Emirates, and now his hosting of Rouhani, reflects his foreign policy of being able to deal individually, for the benefit of India, with different countries, even if they are at loggerheads.

Israel has a strong bilateral relationship with India. This could be yet another channel through which Netanyahu will relay to Iran the seriousness with which he views its efforts to entrench itself inside Syria and set up factories to manufacture precision-guided missiles either in Syria or Lebanon.

Among the issues expected to be high on Thursday’s agenda is an international north-south transportation corridor linking India with Eurasia through Iran. This land, rail and sea corridor will make it possible to transport goods from Mumbai to Moscow in 22 days, rather than the current 40 days. This includes a port at Chabahar in southeastern India that gives India a trade route that bypasses Pakistan.

Modi visited Iran in May 2016, the first Indian premier to do so in some 15 years.

India retained robust trade ties with Iran during the period of international sanctions from 2012 to 2016, purchasing must of its oil from the Islamic Republic. Iran is reportedly India’s fourth largest oil supplier.

The relationship has not been without its tensions, however. Last year, India – infuriated by Iran’s failure to award it a contract to develop a major gas field known as Farzad B in the Persian Gulf – reduced its imported Iranian oil by some 20%. The Iranians responded by restricting the terms of credit it was providing India for the oil purchases.

Neither Israel’s Foreign Ministry nor the Prime Minister’s Office had any comment on the Rouhani visit.