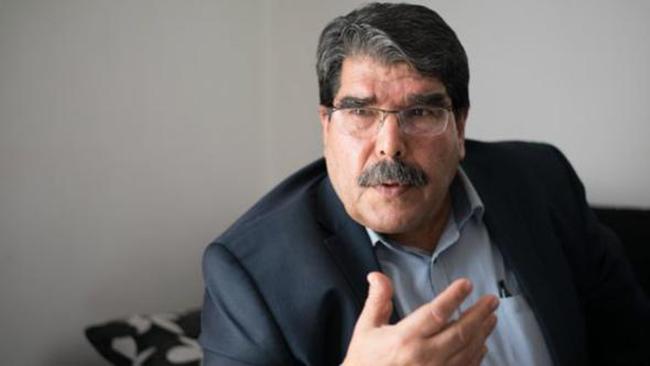 Salih Muslim is among 44 names added to the “red list,” which includes most sought-after individuals such as leaders and senior figures of groups deemed as terrorist organizations by Turkey.

It is claimed that Muslim is one of the leaders of the outlawed Kurdistan Workers’ Party (PKK) and its alleged urban wing, the Kurdistan Communities Union (KCK). Anyone giving solid information on his whereabouts will be rewarded 4 million Turkish Liras, daily Habertürk reported.

According to Turkish media reports, in 2013 and 2014, Muslim was invited by the Turkish government to Ankara and Istanbul to hold talks on the Syrian crisis and the northern Syrian territories under PYD control.

Mihraç Ural, allegedly the leader of the outlawed People’s Liberation Party-Front (THKP-C) and a staunch supporter of the al-Assad regime in Syria, has also been added to the “red list” which includes 136 names.

Ural’s appearance at a conference in the Russian city of Sochi on the Syrian crisis last month prompted Turkey’s protest. He is one of the main suspects behind bomb attacks in May 2013 in the district of Reyhanlı in the southern province of Hatay that left 52 people dead.

Previously, Ural was on the “green list,” which includes individuals with 1 million-lira bounties placed on their heads.

In total, there are 880 names on the five lists – red, blue, green, orange and black – each based on the hierarchal differences between the wanted individuals. Of them, 599 are allegedly “separatist terror organization” members, 128 are militants of outlawed left-wing organizations, 73 are members of radical Islamist organizations and 80 are members of the Fetullahist Terrorist Organization (FETÖ) led by the U.S.-based Fethullah Gülen, believed to have been behind the July 2016 coup attempt.