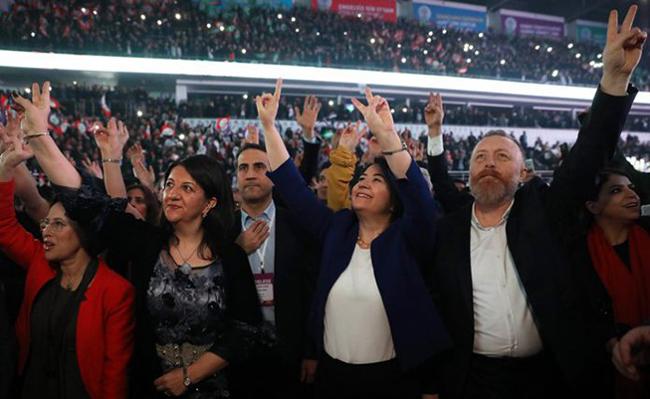 According to a statement from the prosecutor’s office, the investigation was initiated for putting posters of outlawed Kurdistan Workers’ Party (PKK) leader Abdullah Öcalan in the congress hall; making statements that tried to portray the Turkish military operation in Afrin as being against the Kurdish people; praising the leader of a terrorist organization; disseminating the propaganda of a terrorist organization; and inciting hatred and hostility among the people.

Turkey’s Interior Ministry on Monday announced that 474 people have been detained on terror charges due to their posts on social media critical of the Turkish military incursion in the northern Syrian town of Afrin, while 192 have been detained for taking part in street demonstrations protesting the operation.