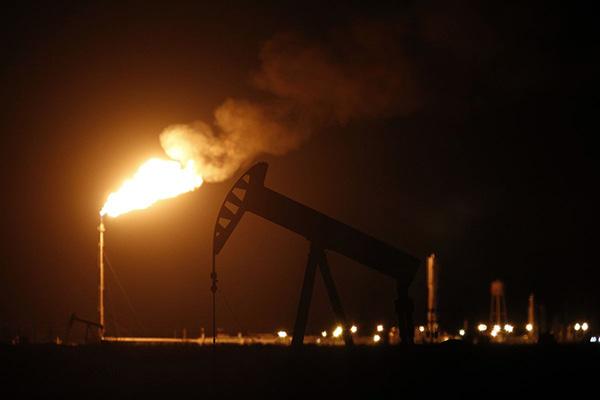 The prospect of a U.S. shale resurgence is keeping oil from being fully swept up in a wave of relief spreading across risk assets.

Crude’s gains have lagged behind those in stocks as markets start to stabilize after a global rout spurred a near 10 percent slump in oil last week. Futures in New York are up 0.6 percent on Tuesday after nudging up 0.2 percent in the previous session, when U.S. equities rallied over 1 percent. Forecasts for rising American inventories and higher shale supplies are fueling concerns that oil’s re-balancing may be derailed.

Still, the rebound in global markets from the selloff — which wiped $2 trillion from American stocks — is at least allaying some concern that oil consumption will weaken. Demand is set to grow by 1.6 million barrels a day in 2018, the same level as last year, and crude inventories are continuing to dwindle as OPEC and its allies pursue their output cuts until the end of the year, according to the producer group.

“Concerns over oil demand have eased after equity markets surged,” Takayuki Nogami, chief economist at state-backed Japan Oil, Gas & Metals National Corp., said by phone. “There’s uncertainty in the market over whether supply and demand will balance by the end of this year as U.S. output is rising. The oil market may become re-balanced in 2019 or later, instead of the end of 2018.”

Brent for April settlement rose 42 cents to $63.01 a barrel o the London-based ICE Futures Europe exchange. The contract declined 20 cents to $62.59 on Monday. The global benchmark traded at a $3.57 premium to April WTI.

Crude inventories probably climbed by 3 million barrels last week, according to a Bloomberg survey, while the Energy Information Administration said U.S. shale oil will rise by 110,000 barrels a day in March. Oil production outside the Organization of Petroleum Exporting Countries will expand by 1.4 million barrels a day in 2018, about 250,000 a day more than the cartel projected last month, according to a report published on Monday.

The market should re-balance this year, given robust demand and as the group and its allies comply with pledges to curtail supply, United Arab Emirates Energy Minister Suhail Al Mazrouei said Monday in Dubai.