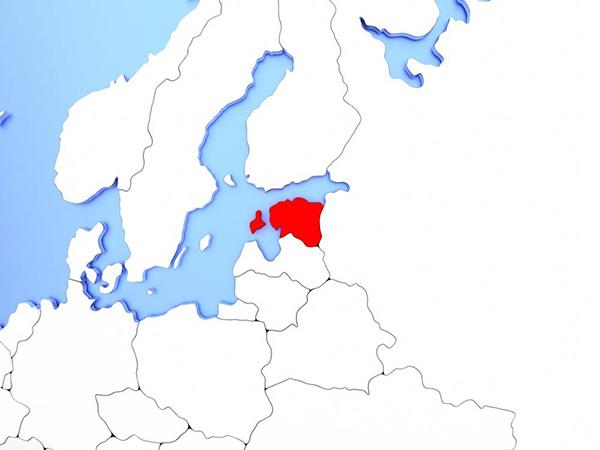 Tiny Estonia’s intelligence service would never pay $100,000 to a random Russian for some open-source data, which is what the U.S. Central Intelligence Agency apparently did, according to the New York Times. It’s one of the Western world’s few spy services with real Russia expertise, owed to its widespread fluency in the language; a deep understanding of the culture; and a relentless focus on its giant, dangerous neighbor.

That makes the Estonian Foreign Intelligence Service’s latest annual report required reading for anyone interested in Russia, even if it contains too much wishful thinking on where the nation is headed.

The report is the third such document since 2016. Though the first two reports often simply stated the obvious, they also contained some valuable insights at the time. They explained Russia’s extensive use of propaganda and hacking as a sign of its conventional military weakness, not strength. And it keenly doubted President Vladimir Putin’s ability to overhaul the economy given that he remains obliged to maintain the corrupt system that sustains his dominance.

The Estonian spy agency, unlike many other Russia watchers, doesn’t write off the younger generation increasingly irritated by the Putin system’s corruption as symbolized by the lavish lifestyles of senior officials. The report points out that the Kremlin’s propaganda monopoly is finding it increasingly difficult to control the narrative in the internet age. And it stresses the strong regional aspect of the growing opposition. Wealth is not spreading evenly throughout the nation’s vast territory, to say the least.

The report has a refreshingly unambigious perspective on Russia’s so-called presidential campaign. It flatly dismisses one of Putin’s fake opponents, Ksenia Sobchak, just days after her campaign swing through Washington’s think tank world. “Most Russians view her as an unsuitable candidate for president,” the report reads. “Sobchak’s criticisms of the government are entirely safe as far as the Kremlin is concerned and her political agenda is perfect material for the appearance of an open public debate.” That one sentence is worth more than all the speeches and interviews the Kremlin decoy gave in the U.S.

The Estonians are also correct in their understanding of the Russian economic system as overly dependent on large state-owned companies and the apathy of the masses. “Citizens do not view change positively, and as a result have low courage for action, yet these two things are indispensable for carrying out economic reforms,” the report reads. A recent Carnegie Endowment paper confirms that view, showing that a majority of Russians don’t want far-reaching change and those who do are mostly older, poorer people who tend to believe populist promises — including the Kremlin’s. Indeed, many see Putin as a potential reformer.

While the Estonian intelligence service predicts that Western economic sanctions will shave off 1 percent of Russia’s economic output this year, it argues that the sanctions provide significant political cover for Putin’s failure in this realm. “This narrative shields Russia’s leaders from criticism for a failed economic policy, and helps to some degree to paper over the fundamental weaknesses in the economy,” the report said.

The Estonians are also right about Russia’s behavior in the Ukraine conflict. Any seemingly promising Russian proposals — such as the one dealing with the introduction of a peacekeeping force to eastern Ukraine — are only aimed at “making the conflict more entrenched.” “Russia apparently sees this as a sustainable prospect, as it believes that it can shift the responsibility to various international organizations in a manner that reduces Russia’s accountability while increasing the status of the self-proclaimed formations — the Donetsk and Luhansk people’s republics — that undermine Ukraine’s territorial integrity,” the report goes.

One of the most welcome insights by Estonian intelligence is about Belarus, an overlooked area of Russian power projection. If the world is so concerned with Russian efforts to erode the sovereignty of nations around them, then why aren’t we talking more about it taking control of the Belarus border and plans to build a military base? After losing a good deal of influence in Ukraine, tightening the noose on Belarus is essential for the Kremlin’s plans to control the post-Soviet neighborhood.

And yet, like the previous reports, the current one is a little too hopeful about the Putin regime’s weaknesses. In my opinion, it overestimates the Kremlin’s exposure to the activities of opposition leader Alexei Navalny and by the Western sanctions. “Even during a new term for Putin, Russian society cannot for long delude itself by blaming the West for its problems or think that the country’s basic economic problems were caused by sanctions,” the report said. “Russia is not devoid of economic and political knowledge, and a consistent sanctions policy will help these ideas gain better traction in Russia.”

Likewise, the Estonians are probably a bit too hopeful about an increase in the Russian army’s disciplinary problems. Given its fragile existence, Estonia is naturally inclined to look for a silver lining in Putin’s regime. The alternative is submission to a fatalistic depression at a national level.

The Putin system’s greatest paradox is its resilience despite its inherently opportunistic, institutionally unstable nature. Where does it come from? The Estonians correctly blame Russia’s widespread resistance to change for the languishing economy. But they don’t see how the Kremlin draws strength from that resistance. It’s anybody’s guess what could reduce it; that’s the kind of intelligence even the agencies with the best Russia expertise haven’t been able to produce.

To contact the author of this story:
Leonid Bershidsky at [email protected]