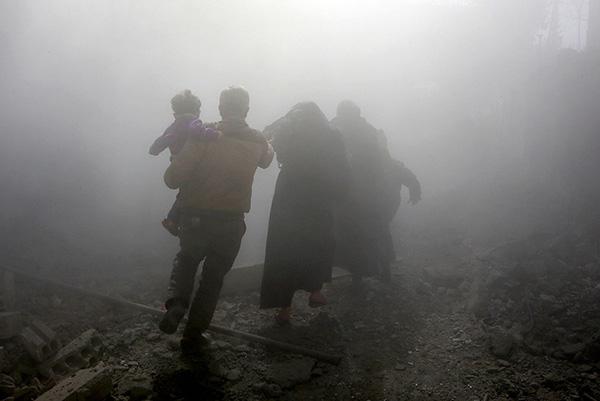 President Emmanuel Macron said chemical attacks on civilians in Syria would constitute a “red line” that will lead to French air strikes.

“If we have proof that chemical weapons banned by treaties have been used, we will hit where they are made, where they come from,” Macron told reporters Tuesday in Paris. “At this stage we don’t have established proof by our military or from our intelligence services that banned substances have been used against Syrian populations. I have told (Russian President Vladimir) Putin to be very clear with the Syrian regime. I will do what I said.”

Macron said the French and U.S. governments “share the same red lines and are in constant contact.”

Macron said Europe and the U.S. “are not in the game” in seeking a political solution to the Syrian Civil War, but that no solution will work if Turkey, Russia, and Iran try to manage it solely among themselves.