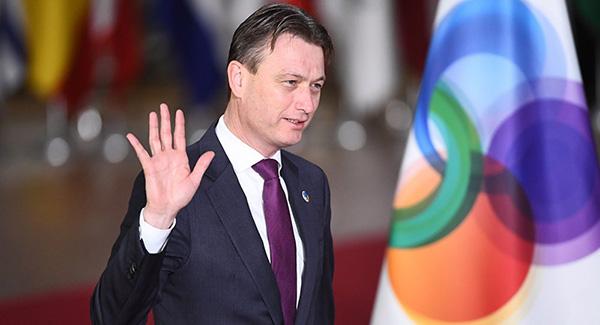 MOSCOW (Sputnik) – Russian Foreign Ministry spokeswoman Maria Zakharova commented on the reported resignation of Dutch Foreign Minister Halbe Zijlstra after he had admitted that he had lied about personally hearing Russian President Vladimir Putin speaking about Moscow’s claims to the territories of neighboring states.

“According to media reports, Foreign Minister Halbe Zijlstra resigned on Tuesday. During his address to lawmakers of the House of Representatives of the Netherlands’ parliament he said that he had made the biggest mistake in his political life when he had lied about his meeting with Russian President Vladimir Putin. Does this need any comment? I will rather read yours,” Zakharova wrote on Facebook late on Tuesday.

The Russian embassy in Amsterdam said in a statement obtained by Sputnik on Tuesday that Zijlstra’s statements about his made-up meeting with Putin were a Dutch internal affair. Moscow strongly rejects foreign attempts to attach any “great-power ambitions” to Russia, the embassy added.

In 2016, Zijlstra said that he had heard Putin calling the Baltic states, Belarus, Kazakhstan, and Ukraine parts of “Greater Russia” at a meeting with the businessmen in 2006. On Monday, the Volkskrant newspaper published an interview with Zijlstra, in which he admitted he had lied about attending the meeting and hearing Putin’s comments on Moscow’s territorial aspirations. Zijlstra conceded that he had heard the comments from a source who had attended the meeting. Reports about Zijlstra’s resignation subsequently emerged on Tuesday.