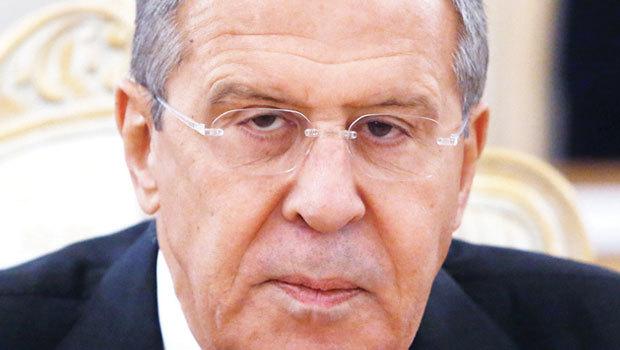 “We all know Turkey’s attitude towards Kurdish militia units. Turkey’s position can be regarded in various ways, but this position is reality. Acting while completely ignoring this position is unwise, to say the least. We can see the results of this unwisdom in [Syria’s] Afrin area as well,” Lavrov said, referring to Turkey’s ongoing operation on the Syrian Kurdish People’s Proteciton Units (YPG).

Russia does not rule out that the United States intends to stay in Syria for a long time, “if not forever,” he went on.

The Americans say their presence in Syria is necessary not only to solve military issues, “but until there is a stable political process there that should end with the transition of power that would be acceptable to all, that is, regime change.”

Lavrov said the United States has been acting unilaterally in a “dangerous way” in Syria, undermining the country’s integrity, RIA news agency said.

“To my mind, the Americans are trying to act through dangerous unilateral steps rather than by way of thoroughly developing general accord,” he said.

Lavrov also reiterated that Russia remains in favor of Kurdish participation in the Syrian peace process.