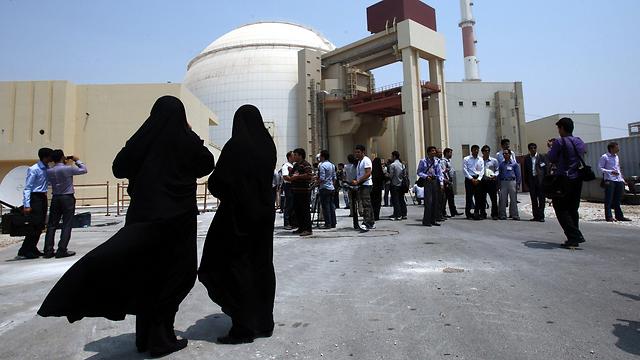 Using Russian knowledge and technology, more and more countries in the Middle East and North Africa are building nuclear power plants, and not just for civilian purposes; according to Dr. Shaul Shay of IDC Herzliya, this is also the Sunni Arab world’s way of dealing with the Iranian nuclear program.

Arab states in the Middle East and North Africa are pushing forward with the construction of nuclear power plants, according to a new report released by the Institute for Policy and Strategy (IPS) at the Interdisciplinary Center Herzliya led by Major-General (res.) Amos Gilad.

The United Arab Emirates (UAE) will be the first state to operate a nuclear reactor (made in South Korea). Egypt, Saudi Arabia, Jordan, Sudan, Tunisia and Algeria are expected to follow in its footsteps, having declared their intention to build nuclear reactors. Each of these countries is in the process of implementing the plan.

While these countries say they need the nuclear power plants to meet the growing demand for energy for economic purposes, the IPS report reveals this isn’t the only reason for their efforts.

The report’s author, Dr. Shaul Shay, director of research at the IPS and a former deputy head of the National Security Council (NSC), says the purchase of nuclear technology is also the Sunni Arab world’s way of dealing with the Iranian nuclear program. This trend is encouraged by Russia, which is interested in providing the knowledge and technology as a way of reinforcing its position in the region.

Dr. Shay believes the information collected as part of the research supports Israel’s claim that the fear of a nuclear Iran is prompting Middle Eastern countries to acquire knowledge and nuclear technology. This trend is particularly evident among Iran’s rivals—Egypt, Saudi Arabia, Turkey, Jordan and the Persian Gulf countries.

The world powers’ nuclear agreement with Iran, which relaxes the sanctions imposed on the Islamic Republic in exchange for a commitment to avoid developing a nuclear weapon in the coming decade, gives its neighbors time to develop a nuclear infrastructure of their own before the agreement expires.

While Dr. Shay stresses there is a major difference between the ability to develop a nuclear program and obtaining knowledge, nuclear technology and a nuclear reactor for energy purposes, he says the existence of knowledge and a nuclear infrastructure could help speed up the processes aimed at turning the civil technology into a military technology.

The first country in the Arab world planning to inaugurate a nuclear reactor is UAE, with South Korea’s help. Its neighbor, Saudi Arabia, will be the second Arab country in the Persian Gulf with nuclear energy. In 2011, Saudi Arabia hired a civilian company to locate the optimal spot for the future reactors. The country has also signed cooperation agreements with the United States, France, Russia and other countries in the field of nuclear energy.

Saudi Arabia has officially announced that if Iran obtains a nuclear weapon, it will follow in its footsteps. The Saudis have close strategic ties with Pakistan, which already has a nuclear weapon. Saudi Arabia provided Pakistan with financial aid when the country was dealing with international sanctions, Dr. Shay notes, helping it move forward with the development of its nuclear program.

The arms race is taking place among Israel’s neighbors too. Egyptian President Abdel Fattah al-Sisi met several weeks ago with Russian President Vladimir Putin to sign a cooperation agreement for the establishment of a nuclear facility at Dabaa, near Alexandria.

The agreement, which was signed with Russia’s state atomic energy corporation Rosatom, states that Egypt will use the agency’s services to build and operate the facility’s four reactors in the next 60 years. This agreement joins additional cooperation agreements in the nuclear area which Russia has signed with Sudan, Algeria and Tunisia.

Russia’s growing involvement in the Arab world’s nuclear arms race, Dr. Shay believes, has to do with Putin’s efforts to restore Russia’s position as a world power in the Middle East. Putin sends Russian advisors and exports to every country that has signed such an agreement with him, thereby reinforcing his ties with the Arab world. Putin, apparently, isn’t hiding his intentions. In April 2016, Russia’s nuclear energy agency announced that it was opening an office in Dubai to supervise the nuclear reactors being built with the agency’s help across the Middle East.

How is this arms race expected to affect Israel? “While at this stage the countries are developing their nuclear programs for civilian purposes,” Dr. Shay explains, “they are largely doing it in response to the Iranian nuclear challenge. This means that in the future, if they wish to develop a nuclear weapon, these infrastructures will speed up the process. Security-wise, the affect on Israel will have to do with the nature of its relations with these countries.”

The report was prepared ahead of a seminar on Russia’s return to the Middle East, which will be held by the IPS at the IDC Herzliya next week.