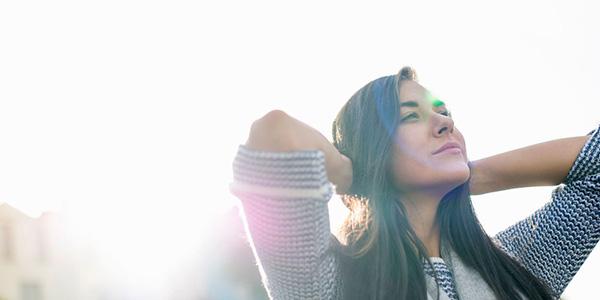 Is it better to count calories or watch fat content?

Despite increased awareness around the benefits of good fats and the ongoing argy bargy around calories, the most fundamental tenant of weight loss remains true: it’s calories in versus calories out, says nutritionist Rob Hobson, head of nutrition for Healthspan.

“It all comes down to calories. Good fats are essential for health, plus they’re super-tasty and help us feel full. But they’re pretty high in calories so if you eat too many you won’t be creating the calorie deficit needed to lose weight. However, it’s also true that not all calories are created equal. The body digests and uses calories from foods differently, and healthy fats from foods such as avocado, olive oil and nuts keep blood sugar levels stable rather than spiking it. That’s why it’s better to eat 150-cal of nuts than it is a 150-cal chocolate bar.”

Is it better to go to the gym or go for a walk?

“Working at a high intensity [as in the gym] achieves more in a short space of time than moderate exercise, such as walking. There’s a much greater likelihood that someone will “overload” in the gym in a way that gets results faster than they would do going for a walk, unless they’re walking over tough terrain.”

Can’t get to the gym? It’s better to go for a walk than do nothing at all. A 2016 study found that a brisk walk of only 20 minutes per day burned around 700 calories a week and led to a 30-40 per cent reduced risk of coronary heart disease. Exercise (however you like to move) is also essential for weight control.

Is it better to cut down on salt or sugar?

“Too much salt has been linked to raised blood pressure and puts a strain on the kidneys but we’re becoming increasingly aware of how bad sugar is for us. It’s strongly associated with obesity, which is directly linked diabetes, heart disease, stroke, some cancers and joint pain. Plus, sugar is everywhere, and so easy to eat – it’s hard to consume quite as much salt.”

“And it all adds up – a teaspoon in your tea, take-away coffees and even ostensibly healthy snacks such as energy balls contain a lot of sugar. Even if you aim to cut your consumption by half you’ll be doing yourself a huge favour.”

Is it better to drink tea or coffee?

“In my opinion, either is fine,” says Rob Hobson.

“Studies show that coffee can be beneficial for the liver but tea is packed with antioxidants, so either way you’re getting a health boost. Slightly in tea’s favour is that many people can drink it without the nasty jittery side effects associated with coffee.”

Studies consistently indicate that tea may reduce the risk of chronic diseases such as cancer, heart disease, arthritis and diabetes. Likewise, coffee has been linked with living longer, although in both cases it’s probably wise to hold the sugar (and cream, and syrup). Otherwise, bottoms up! Talking of which…

Is it better to drink spirits or wine?

According to Vanessa Hebditch, director of communications and policy at the British Liver Trust, there’s fundamentally no difference.

“What matters is units. It’s not so much that one drink is better than the other, it’s how much you’re drinking overall. Guidelines from NICE now state that men consistently drinking over 50 units a week and women drinking over 35 should have a liver scan. It sounds a lot, but 35 units is roughly three and a half bottles of wine, which over the course of a week is easily done. Think of the ‘invisible’ drinks you might not even notice you’re having – the glass of wine while cooking dinner, for instance.”

That said, Vanessa adds that – if you’re trying to cut down – a single shot (25ml or one unit) of gin or vodka with lots of tonic can help reduce units without feeling deprived.

Is it better to get up early to exercise or prioritise sleep?

“To get the best from your fitness regime, you must be well-rested,” says Dr Guy Meadows, clinical director of The Sleep School.

“If you exercise when you’re already fatigued, you’re adding more stress and not allowing adequate time for recovery. Being chronically sleep-deprived puts you at greater risk of major diseases such as heart disease, diabetes and high blood pressure. You’ll also be more susceptible to coughs and colds, and hungrier, which almost defeats the object (sleep deprivation increases the appetite hormone ghrelin, and cravings for sweet foods).”

In other words, getting up early two or three times a week for the gym is fine if you’re getting the rest you need, but otherwise it’s best to prioritise sleep.