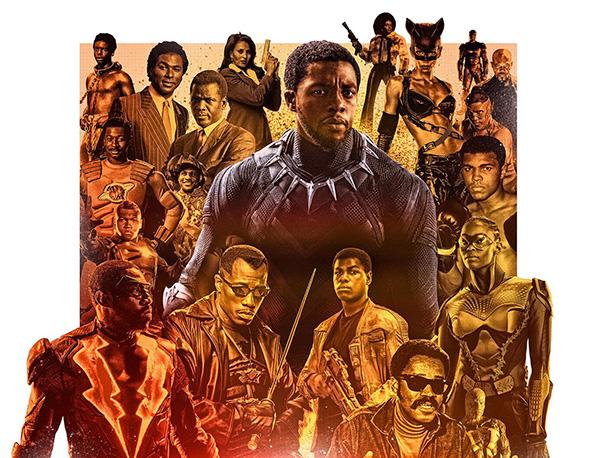 Even before it hits theaters on February 16, Black Panther is on track to be one of the biggest superhero movies ever, thanks to record levels of advance ticket sales. But as the first entry in the Marvel Cinematic Universe to feature a lead black superhero (he first appeared in 2016’s Captain America: Civil War), the film has a significance that extends beyond the box office. “You can connect to a character that doesn’t look like you, but there’s an added bonus here for people of color,” the film’s director, Ryan Coogler, told The Sydney Morning Herald. “Representation is something that can be very powerful.”

Introduced in Fantastic Four No. 52 in 1966, Black Panther is more than a superhero—he’s also the king and protector of the fictional African nation Wakanda. (Writer Ta-Nehisi Coates reimagined the character and his African roots for a comic book in 2016.) In the film, T’Challa (Chadwick Boseman), assumes the throne—and the mantle of Black Panther—after his father’s death. But he must fend off a challenge to the crown from Wakandan revolutionary Erik Killmonger (Michael B. Jordan).

Black Panther might be the highest-profile black superhero movie ever, but the characters (including a badass band of warrior women) didn’t emerge from a vacuum. Modern history is filled with heroes of color, real and imagined, who helped clear their path to silver screen. Here’s a brief timeline:

He might be best known for singing “Old Man River” in the 1936 film Show Boat, but this was Robeson’s seminal role, playing a Pullman porter who becomes the ruler of a Caribbean island. A major movie star with wide appeal when there were zero black leading men in Hollywood, the powerful singer and actor was the forefather of Sidney Poitier and Denzel Washington.

The footage of peaceful black men and women prevented from marching for their right to vote by violent squadrons of white riot cops galvanized the civil rights movement. Martin Luther King Jr. led the successful march the following day, but the national coverage of the violent response to the first marchers transformed a group of ordinary Americans (among them U.S. Representative John Lewis) into real-life superheroes.

The raw power conveyed in the photograph of the heavyweight champion towering over the crumpled-to-the-mat Sonny Liston captured one of the 20th century’s most heroic men at the pinnacle of his prowess—both in the ring and outside of it.

A seismic shift in the civil rights movement occurred when the Black Panther Party hit the streets of Oakland, California. As captured in countless photographs, TV news programs and documentaries, the Panthers—decked out in black berets, sunglasses, leather jackets, shirts, pants and shoes, fists raised high, shouting Black Power slogans—became a new, exciting and seductive kind of hero for black communities in the United States and around the world.

Four years after becoming the first black man to win the best actor Oscar, for Lilies of the Field, Poitier played take-no-shit Northern police detective Virgil Tibbs embroiled in a murder investigation in the south. His response to Rod Steiger’s bigoted local police chief when asked what people call him up north—”The call me Mister Tibbs!”—became a slogan of dignified defiance and turned Virgil into a ’60s superhero.

Three actresses—two white and one black—portrayed Batman’s nemesis/love interest Catwoman in the campy 1960s TV series and feature film. All were seductively ferocious, but only Eartha Kitt was transformational.

Black Panthers co-founder Huey Newton called it “the first truly revolutionary black film.” Written, directed and starring Melvin Van Peebles, Sweetback is a landmark of American independent cinema. But in its celebration of black power in the face of white dominance, black self-determination and the black body, the film also set the template for the blaxploitation genre, which would generate a new breed of hero.

Released nearly three months after Sweet Sweetback, Shaft launched blaxploitation into the stratosphere. Star Richard Roundtree’s effortless cool—from his turtlenecks and leather jackets to that bad-as-hell swagger—gave his private detective an undeniable cross-cultural cache. But it was Shaft’s righteous defiance of authority—especially when spitting in the face of white police officers—that made both the character and the actor legends of empowerment.

Tamara Dobson—billed as the “soul sister’s answer to James Bond”—hunts down drug kingpin Shelley Winters in one of blaxploitation’s most indelible (and cheap) films. But unlike Coffy (1973) and Foxy Brown (1974), Jones was more interested in kick-ass elegance than titillating vigilantism.

More than 40 years ago, Roots was one of those television events everyone watched, regardless of race. At the center was Kunta Kinte (LeVar Burton and John Amos), a Gambian slave brought to the American colonies in the 18th century. The depiction of of the barbarism of slavery was unflinching—and a revelation to much of white America—but it was Kunta Kinte and his desperate struggle to retain his identity and dignity made Roots one of the great hero journeys.

Don Johnson’s Crockett (and his day-glo tank tops) is the character most people still talk about. But it’s Tubbs—played with a cool, sexy, elegant confidence by Philip Michael Thomas—who brought something new to television: an authority figure of color imbued with agency and passions and allowed to act on them, sometimes with anger, other times with lust, but always with pride and charisma. He was a kind of Virgil Tibbs for an America just around the corner.

The superhero spoof, written, directed and starring Robert Townsend, introduces a character who gains extraordinary powers after being struck by a bit of meteorite. Critically panned when it was released, the movie has since developed a cult following. It was also the first film to feature a black superhero in the lead role.

This adaptation of Todd McFarlane’s achingly ’90s undead hero is lousy (so much so that McFarlane has tried for years to remake it), and star that Michael Jai White, playing Spawn, spends most of the movie masked. But Spawn was the first adaptation of a major black comic book superhero (beating Steel to the theaters by two weeks), opening the door to equal genre representation.

After Superman’s comic book death in 1992, four replacements tried to take his place. One was Steel, aka John Henry Irons, a black construction worker who clad himself in armor and carried a big hammer. Five years later, Superman superfan Shaquille O’Neal brought Steel to the big screen—a notorious flop but a giant step forward for major comic publishers and their willingness to adapt characters of color.

More than 30 years after Coffy and Foxy Brown, actress Pam Grier portrayed another badass flirting with danger on the margins of respectable society. But unlike her ’70s films, Quentin Tarantino’s homage to blaxploitation showcased a heroine who didn’t need to resort to soft-core tactics.

Wesley Snipes played Marvel’s day-walking vampire hunter, elevating a B-grade hero to A-list status 10 years before Robert Downey Jr. did the same with Iron Man. Blade didn’t launch a cinematic universe, but in a post-Batman & Robin world, it made the multiplex safe for superheroes again. (X-Men was released two years later, followed by Spider-Man in 2002.)

While Halle Berry got screen time as Storm in the X-Men films, this gave the Oscar winner a game-changing role. Yes, Catwoman was an epic flop, but it was also audacious: the first superhero movie led by a black woman.

Lando Calrissian (Billy Dee Williams) and Mace Windu (Samuel L. Jackson) are crucial to the Star Wars saga, but they were secondary characters. Stormtrooper-turned-Resistance hero Finn (John Boyega) is front and center—as vital to the adventure as Rey, Kylo Ren or Poe Dameron. A cosmic shift in representation within a galaxy far, far away.

Luke Cage—Power Man, Hero for Hire—debuted in Marvel comics in 1972 at the height of the blaxploitation craze. All that era’s racially dubious baggage was dropped when Mike Colter brought Cage to life in multiple Netflix shows more than 40 years later. The character’s popularity (across demographics) offered the first complex superhero of color on the small screen.

DC Comics character Black Lightning (Cress Williams) might be the star here, but it’s his daughter Anissa (Nafessa Williams) who is the boundary crosser: This black female superhero—she fights crime as Thunder—is also a lesbian, which opens up the genre to an even wider audience. 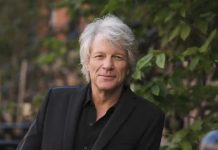 Jon Bon Jovi on wealth, love and his ugly tussle with Trump: ‘It was seriously scarring’ 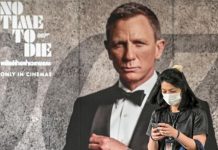 Bond Movie ‘No Time To Die’ Delayed again by Pandemic