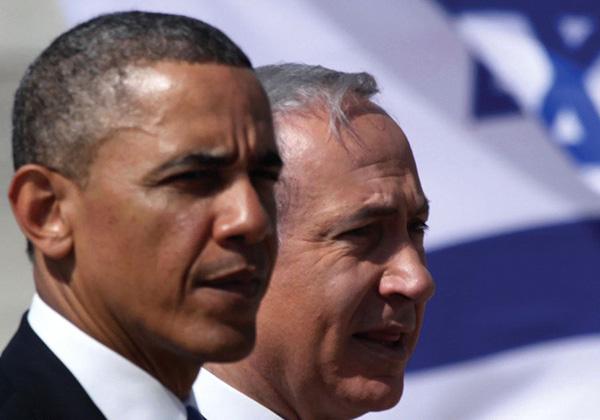 Days before Donald Trump’s inauguration as president, an Israeli journalist reported that US intelligence officials, on an undisclosed date, had issued a warning to their Israeli counterparts.

Days before Donald Trump’s inauguration as president, an Israeli journalist reported that US intelligence officials, on an undisclosed date, had issued a warning to their Israeli counterparts: Be wary of sharing intelligence with the incoming administration, for it is unclear what ties the new president may have with the Russian Federation and whether that information might even find its way to Iran.

Similar reports came out shortly thereafter about potential problems with Britain, Australia and other countries sharing intelligence with the US.

It was unclear at the time whether the anonymous US intelligence officials were acting on their own authority. The new evidence suggests that they may have been acting on orders from on high.

Subsequently in a meeting with Russian officials in May, Trump revealed information obtained by an Israeli intelligence operation inside ISIS, and did not even try to hide his leak.

According to the internal White House email by Rice, Obama suggested on January 5, 2017, that information relating to a probe of Russia’s hacking of the US election might have to be withheld from certain Trump aides.

Obama’s warning came during an Oval Office meeting after senior intelligence officials briefed him on Russia’s hacking of the 2016 election.

Rice documented the meeting in an email she sent to herself on January 20, just before Trump’s inauguration.

“From a national security perspective… President Obama said he wants to be sure that, as we engage with the incoming [Trump] team, we are mindful to ascertain if there is any reason that we cannot share information as it relates to Russia.”

A later passage in the email states that Obama asked Comey to let him know “if anything changes in the next few weeks that should affect how we share classified information with the incoming team.”

Before the revelation of the Rice email, Obama’s concern about the potential need to shield Russia material from Trump aides – including Michael Flynn, then Trump’s incoming national security chief, was not previously known.

The next piece of evidence came in Pardo’s speech on Tuesday at the MuniWorld Global conference in Tel Aviv. While not an explicit warning from US intelligence officials to Israeli officials about sharing intelligence with Trump, Pardo confirmed that US officials were discussing allegations of Russia-Trump election hacking collusion with him, meaning at the level of former Mossad chief.

The fact that these concerns were raised with one of Israel’s top intelligence officers during a visit to Washington, and not merely between lower level officials on a random meet-up, supports the Rice email as evidence that instructions were given at the highest levels to send messages to foreign allies to be cautious with Trump’s team.

Pardo’s recounting of the unusual exchange with US intelligence officials came as an aside to explain the dangers of cyberwarfare, saying, “I was in the States weeks after President Trump was elected. President Obama was still in the White House. And he asked the FBI to investigate if and what the Russians did during the election.

“I was there meeting a few of my old colleagues. And I asked them:… Let’s assume the conclusions that the Russians tried to manipulate the outcome of the election.”

He continued, “What are the consequences? Can you see an American president, a year after he was elected – if it was Trump or Clinton – would say, ‘Okay, I have to quit and go do something else’? Then what’s going to happen?… Those who lost the election are going to say, ‘Okay, he should quit, he lost the election in an improper way.’”

There is still no explicit evidence of Obama ordering US intelligence officials to warn Israeli officials about sharing information with the Trump team. But the Rice email along with Pardo’s retelling of US officials putting in play the idea of Trump having been elected improperly and having to resign indicate at the very least that the warnings were not given in a vacuum.