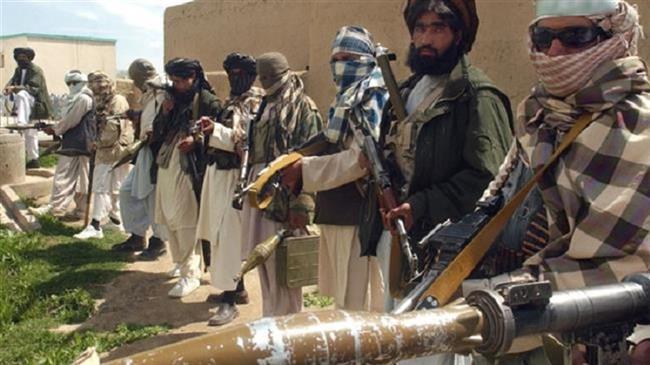 In an open letter to the “American people,” the Taliban militant group has claimed it is willing to enter into “peaceful dialog” to end the 17-year war in Afghanistan.

According to copies of the nearly 3,000-word letter, released by Taliban spokesman Zabihullah Mujahid in several languages on Wednesday, the group called on the American people to press the White House to end its “illegitimate” military intervention in Afghanistan and to reject “the inexperienced policies of President [Donald] Trump and his war-monger advisors.”

The text, which was also addressed to “officials of independent non-governmental organizations and the peace loving [US] Congressmen,” also claimed that recently-escalated US-led military airstrikes against the Taliban had not “retaken even a single inch of land” from the outfit.

The Taliban said the letter should not be seen as a sign of weakness.

Over the weekend, the militant group invited Kentucky Republican Senator Rand Paul, a tough critic of the prolonged US-led war in Afghanistan, to visit what it said was a political office in the Qatari capital of Doha “for mutual talks.” Taliban also claimed at the time that an immediate US withdrawal from Afghanistan would bring peace to the country and would boost international security.

In an interview with Fox News on Thursday, Paul had estimated that the US-led military intervention in Afghanistan was costing Washington some “$50 billion a year” without any gains there.

On August 21 last year, Trump announced he would prolong the military intervention in Afghanistan — which he had once described as a “complete waste” — and nearly doubled the number of troops there, from 8,500 in early 2017 to 14,000 today.

The Taliban’s letter also came just a day after the Associated Press reported that two top Afghan officials were in secret talks with the terror group, suggesting a desire in Kabul to end the Taliban militancy.

Meanwhile, representatives from dozens of countries are due to meet in the Afghan capital later this month for a second time to discuss the so-called Kabul process aimed at forging a path to peace. The first round was held in June.

The United States — under Republican President George W. Bush — led a number of its allies in invading Afghanistan on October 7, 2001 as part of Washington’s so-called war on terror. The invasion toppled a Taliban regime in power at the time. The group soon launched a militancy to fight both the foreign forces and the Afghan government that was established after the invasion.

It has conducted numerous attacks, targeting foreign and Afghan soldiers, government officials, and civilians alike. A pair of Taliban attacks in Kabul claimed the lives of nearly 150 people in Kabul over the past two weeks.

Recently, the group has reportedly expanded its presence in Afghanistan. According to the results of a study conducted by the BBC released late last month, Taliban militants are in full control of 14 Afghan districts (four percent of Afghanistan) and are openly active in 263 others (66 percent). The study also revealed that nearly 15 million people — half the population — are living in areas affected by the Taliban’s presence.

An Afghan government spokesman declined to comment on the Taliban letter, according to Reuters, but a spokesman for Afghanistan’s NATO-led military mission rejected the offer of dialog as disingenuous.

“The Taliban statement alone does not show willingness to engage in peace talks. The recent attacks speak louder than these words,” said the spokesman, Captain Tom Gresback, referring to the letter.