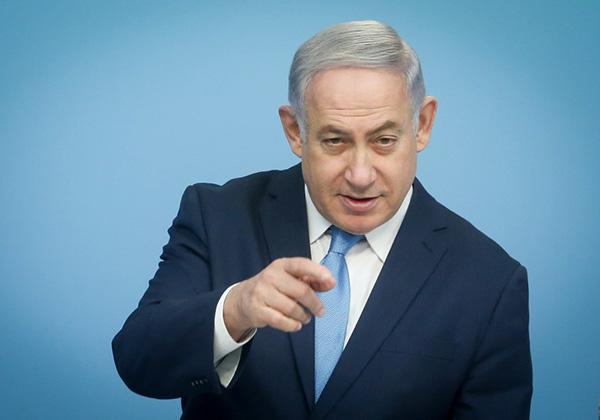 While Jewish Israelis on Wednesday were heatedly arguing over whether Prime Minister Benjamin Netanyahu should resign, Arab citizens were also closely following the developments.

While Jewish Israelis on Wednesday were heatedly arguing over whether Prime Minister Benjamin Netanyahu should resign, Arab citizens were also closely following the developments, including in the Napoli café in Baka al-Gharbiya.

Here people believe that Netanyahu has committed other transgressions besides corruption.

“He should resign because of all the [corruption] cases and because of the divide he makes between Jews and Arabs, between Left and Right. He is shredding the country,” said Hilal Kitan, a translator and aspiring novelist.

“He doesn’t treat us as equal citizens and as human beings,” said Kitan, 32, who, like other patrons, referenced the March 2015 Election Day statement by Netanyahu urging his supporters to vote because Arabs were flowing “in droves” to the ballot station. Despite Netanyahu’s subsequent apology, that insult is still a festering wound. It is seen as the true expression of the prime minister as someone willing to incite against Arabs to gain political benefits.

“It wouldn’t bother me at all if he ends up in jail,” said retired teacher Abed al-Haj. “Even if he’s innocent of all the charges, he is really bad for us. I prefer that he not be prime minister.”

The café is a blend of Israeli and Palestinian influences, with patrons reading Yediot Aharonot and Maariv and peppering their Arabic with Hebrew phrases as they sit against the backdrop of an engraving of the Dome of the Rock and a poster of Palestinian prisoners in Israeli jails. It is on the main street of a city of more than 25,000 people in the Haifa district where white stone villas are in close proximity to brown stucco buildings and unfinished gray concrete structures.

One of the owners of the café, who declined to be named, was in the minority in asserting that Netanyahu should not have to step down. “Why should he resign? If everyone under suspicion resigns, the whole country will be unemployed.”

For a change in the Netanyahu case, Israeli Arabs seem willing to trust the police. “In this case I believe the police. They wouldn’t do this without a basis,” said Ziyad Masarwa, 45, who studied law in Germany. “I distinguish between the way police act toward Arabs and how they are handling the case of the prime minister. The police is a large apparatus.”

Masarwa conceded that Israel is the only country in the region where such police recommendations against a prime minister are possible. “If I compare Israel to Arab countries, it is democratic toward its citizens. But if we compare it to Europe, it is not democratic, because it discriminates against Arabs.”

He and others see Netanyahu as heading up a system that, if anything, is becoming more racist.

“There is discrimination in most areas,” he said. “In education, compare how much the government supports the Arab sector with how much it supports the Jewish sector. In employment, what percentage of government employees are Arab?”
“Netanyahu has done a lot of damage that will take a long time to fix,” he said. “He brainwashed people that they are under threat from north and south. When did he speak of peace?”

Haj said that because of discrimination in planning, he is being heavily fined for building without a permit. He says it is impossible for him to build legally, because of the absence of an adequate master plan for Jatt, the town next to Baka.
“Israel is deteriorating, it’s becoming less humane,” Kitan added, noting plans by the Netanyahu government to expel 30,000 Eritrean and Sudanese asylum-seekers. “He who is racist is racist in every direction.”

Kitan said he does not believe Netanyahu’s assertions that the police connived against him in an effort to topple him. “I don’t believe him at all. Anyone who knows him and follows him knows he is a chronic liar. In this specific case I believe the police.”
The Netanyahu government is also associated by Arabs with the “nation-state bill,” which, according to critics, gives priority to the Jewish aspects of Israeli statehood over the democratic ones.

Abdullah Ghara, a computer science teacher who was sipping espresso, termed the bill “another brick in the wall. It might well be that Netanyahu wants us to live well – but not here,” Ghara said.

But he said that if Netanyahu is forced to resign, his successor might not be any better, as far as Arabs are concerned.