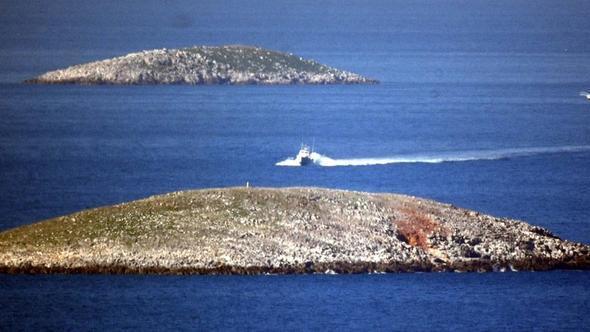 Ankara has “explicitly” told Greece that refraining from tensions would be “better” for bilateral ties, Turkish Prime Minister Binali Yildirim said on Feb. 14, adding that the Aegean Sea should be a “friendship” sea between the two countries.

Talking to the media at Ankara’s Esenboğa Airport before leaving for Belarus, Yılıdırım said: “We explicitly expressed to him [Greek Prime Minister Alexis Tsipras] that staying away from tensions will be better, with regards to relations between the two countries.”

His remarks came a day after he and Tsipras spoke over the phone and discussed recent developments in the Aegean Sea.

He said the Aegean Sea should be a “friendship” sea between Turkey and Greece.

“Recently, there have been some violations in this tension, which started with the Kardak islets, to which we gave a response,” Yılıdırım said.

He added that the two premiers agreed to ease tensions and keep communication line open via political and diplomatic channels.

Yıldırım said a NATO General Staffs meeting would be held in May.

“In this framework, the chiefs of the general staffs of the two countries will gather and mutually discuss the necessary measures to ensure tensions in the field do not escalate further,” he added.