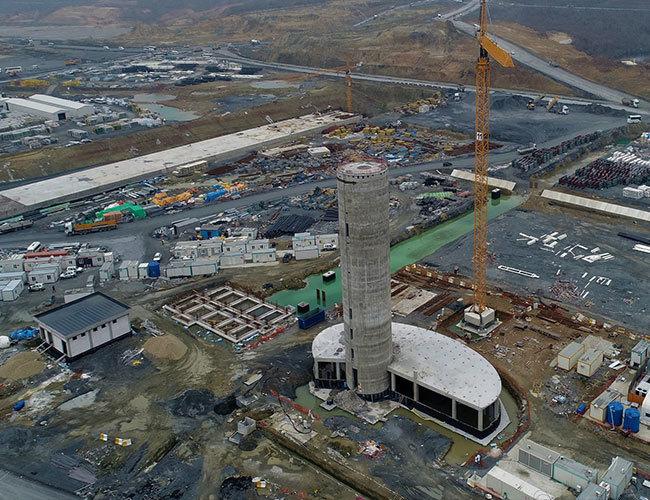 The Turkish Labor Ministry has announced that 27 workers have been killed in the construction of Istanbul’s third airport since it began in May 2015.

“Some 27 workers have been killed in various incidents involving health struggles and road accidents during the third Airport’s Construction since it began in May, 2015, according to the Social Security Institution (SGK) data,” the ministry stated late on Feb. 13.

On Feb. 13, a lawmaker from the main opposition People Republican’s Party (CHP), Veli Ağbaba, submitted a written questionnaire to the parliament, asking Labor Minister Jülide Sarıeroğlu to provide information the nature of the industrial accidents that took place in the construction of the airport and the number of workers killed and injured.

The questionnaire came after reports claimed that 400 workers were killed in work accidents at the site.

The aforementioned ministry’s statement, issued as a response, also said ministry personnel have been continuing “non-stop” inspections on the site, which covers a 3.5 million square meter area of ground.

Ağbaba, who is also a coordinator of the CHP’s labor bureaus, had previously raised concerns about worker safety after the number of workers killed in accidents increased by 10 percent during the ongoing state of emergency.

The number of child laborers are also at an alarming level, according to the CHP lawmaker, who said that in 2012, there were 601,000 child workers, but the number was now approaching 2 million, all of who work unregistered.

A total of 2,006 workers were killed in workplace accidents in 2017, a report by the Workers’ Health and Work Safety Assembly (İSİGM) said on Jan. 6.

The number of deaths has increased since 2016, when 1,970 workers were killed in the country, the same report said.

The third airport in Turkey’s largest city, Istanbul, will open on Oct. 29, Transport Minister Ahmet Arslan was quoted by Anadolu Agency as saying.

Eighty percent of the construction of the airport, which Turkey says will be one of the biggest in the world, has been completed so far, according to Arslan.

The airport will be large enough for 114 planes to dock at the same time, the minister said, adding that it would employ 225,000 people when fully operational.

Arslan said around $10.2 billion had been invested in the project and that it would generate around $22.2 billion in 25 years before value added tax.

A major global transit hub, Istanbul’s Atatürk Airport is among Europe’s five busiest airports, recovering in 2017 from a downturn in passenger traffic the previous year. It has been scheduled to close once the new airport opens.