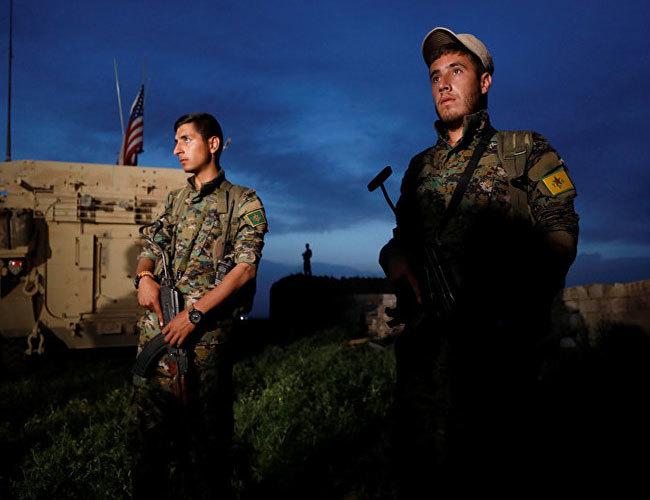 An official report prepared by U.S. National Security Director Daniel Coats and presented to the U.S. Congress on Feb. 13 defined the People’s Protection Units (YPG) as the Syrian wing of the outlawed Kurdistan Workers’ Party (PKK), acknowledging that it is searching for autonomy.

“The Kurdish People’s Protection Units – the Syrian militia of the Kurdistan Workers’ Party (PKK) – probably will seek some form of autonomy but will face resistance from Russia, Iran, and Turkey,” read the report titled “Worldwide Threat Assessment.”

The report’s Europe section also mentioned strained ties between the U.S. and Turkey and made predictions on the future of the row.

“Turkey’s counterterrorism cooperation with the United States against ISIS is likely to continue, but thwarting Kurdish regional ambitions will be a foreign policy priority [for Ankara],” the report said, referring to the Islamic State of Iraq and the Levant (ISIL).

On Syria, the report warned that “Russia and Iran are planning for a long-term presence, securing military basing rights and contracts for reconstruction and oil and gas exploitation.”

It also argued that “Iran is seeking to establish a land corridor from Iran through Syria to Lebanon.”
Turkey has long criticized the U.S. support provided to the YPG in northern Syria, saying it presents a threat to the Turkish national security for a PKK-linked group to gain authority on its southern borders.

The U.S. argues that the support provided to the YPG is only tactical and said the YPG is at the forefront of the fight against ISIL.

On Feb. 13, U.S. State Department Spokeswoman Heather Nauert said Secretary of State Rex Tillerson’s planned visit to Turkey on Feb. 15-16 “shows just how serious this matter is,” referring to stark differences of opinion on the Syrian issue in Turkey and the U.S.

Meanwhile, the U.S. dismissed reports that the Pentagon is seeking $250 million to train and equip the Syrian Democratic Forces (SDF) to build a “border security force” in Syria, amid an angry reaction from Turkey.

The Pentagon requested $300 million for Syrian “train and equip activities” and $250 million for border security requirements.

“The Department of Defense’s Fiscal Year 2019 request for Counter-[ISIL] Train and Equip Fund includes funding for border security. This funding is intended to enhance the border security of nations adjacent to conflict areas, to include Jordan and Lebanon, to prevent the spread of ISIL,” Pentagon Spokesman Adrian Rankine-Galloway said on Feb. 13.

The border security funding will not be used for training or equipping of internal Syrian security forces, to include Vetted Syrian Opposition forces, Galloway stressed.

This funding is not for a new “army” or conventional “border guard” force, according to the Pentagon official.

Erdoğan suggested that although initial aid figures are estimated at $550 million, “information obtained by Ankara” indicates that this financial support “could increase to $3 billion.”