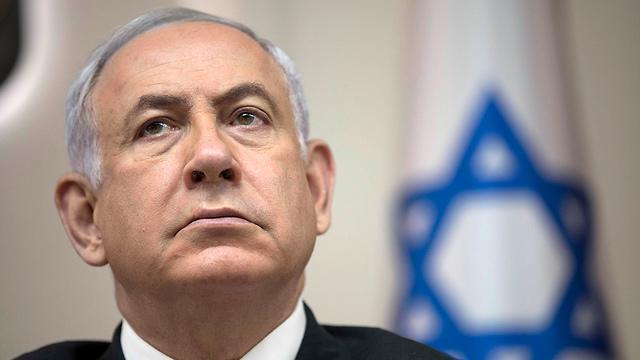 Op-ed: In his first two terms, Netanyahu was prime minister. Towards the end of his third term, he became king, in his own mind and in the eyes of his voters. And a king can do whatever he wants, including initiate a series of aggressive moves which have nothing to do with the state’s best interest.

Let me start from the end: After the police had their say in Case 1000 and in Case 2000, there’s no escape from drawing conclusions. The prime minister must suspend himself until the attorney general makes his decisions on the indictment. At the same time, Yedioth Ahronoth publisher Arnon Mozes must give up his authorities as managing editor.

That’s my personal opinion, of course. At Yedioth Ahronoth, there is no collective opinion dictated from the top. I have a lot of respect for Mozes, as well as for his achievements, skills and contribution to the power of free press in Israel. I feel for him on the personal level. I hope the cloud hanging over his head is quickly removed. But a newspaper, any newspaper, is more important than its journalists and is more important than its owners.

And the state is more important than its prime minister. This is what David Ben-Gurion, the greatest of all, was told at the end of his term, and this is what Benjamin Netanyahu should be told too. The speech he gave Tuesday following the publication of the police recommendations was a rhetoric work of art. Occasionally, he failed to tell the truth, but even US President Donald Trump knows that, and there’s nothing new about it.

The conflict between the police’s version and Netanyahu’s version is somewhere else. During his third and fourth term, Netanyahu touched the sky. He felt luck was on his side and that the sky was the limit: He’s allowed to, he deserves to. He initiated a series of aggressive moves which had nothing to do with the best interest of the state or Likud or the Right.

He admitted in Tuesday’s speech that he had dissolved the Knesset and forced expensive elections on Israel because of a free newspaper that flattered his ego. He created havoc, to the point of threatening new elections, over a television channel which few people watch and which hardly has any influence. No one understood, no one will understand, why he did it. These are just two examples from a long list.

In his first two terms, Netanyahu was prime minister. Towards the end of his third term, he became king, in his own eyes and in his voters’ eyes. And a king can do whatever he wants.

During this period, he widely expanded the permission he gave himself to act on issues he is personally involved in. When businessman Arnon Milchan accepts his demands and supplies him with goods worth hundreds of thousands of shekels, they’re friends. When he caters to Milchan’s needs and promotes a law aimed at infusing hundreds of millions into the businessman’s pockets or pleads with the American secretary of state to arrange him a visa, he is repaying an Israeli agent (what kind of agent was the second goods supplier, James Packer?) And we have yet to discuss the Bezeq affair (Case 4000), which pointed to an identical if not worse pattern—intervening in professional decisions to promote the business interests of a personal friend, and receiving a return in the media.

The police are saying that the deals Netanyahu made—or tried to make—as prime minister and communications minister, were nothing but an act of bribery. Netanyahu is saying: The things I received are of little importance, and what I wanted to give was aimed at benefitting the state and wasn’t implemented in any event. There was nothing because nothing was executed.

The gap between these perceptions should not only interest criminal law experts. Both sides are putting the prime minister’s status and power in a democratic state to the test. Netanyahu is expanding it; the police are narrowing it down. The attorney general, and then possibly the courts, will be required to decide on a constitutional issue.

The investigation conclusions call for a debate on another issue: Netanyahu’s character. Case 2000 is an instructive example. Netanyahu argued in his interrogation that the negotiations he held with Noni Mozes were a false pretense: He had no intention of promoting any agreement. The police are saying: Netanyahu is lying. There is evidence that he took real steps towards implementing the agreement.

The police aren’t dealing with the public question. Nevertheless, the question must be asked. What is the meaning of false pretense? Is a politician who holds secret negotiations for fraud purposes worthy of being prime minister in a law-abiding state? When is his pretense real and when is it false?

The deal was problematic: Both sides promised something they were not allowed to promise and had no intention of doing. And there is also the fact that the two sides held negotiations at a time when Netanyahu turned Mozes into a monster, into the people’s enemy, and many of Yedioth Ahronoth’s reporters kept slamming Netanyahu mercilessly. This is a public problem, not a criminal problem. Both sides have yet to explain their motives to the public.

Netanyahu is allowed to fight to remain in office. He is allowed to—although when Ehud Olmert faced a similar situation, Netanyahu told the public the exact opposite. What he is not allowed to do is to throw dust in his voters’ eyes.

The police commissioner noted that the police officers who investigated the affair were followed by certain elements. He was telling the truth. Netanyahu is now arguing that the fact that the investigators knew they were being followed created prejudice, which disqualifies them and their recommendations.

Arnon Mozes is the publisher and owner of Yedioth Ahronoth Group, which includes Ynet.