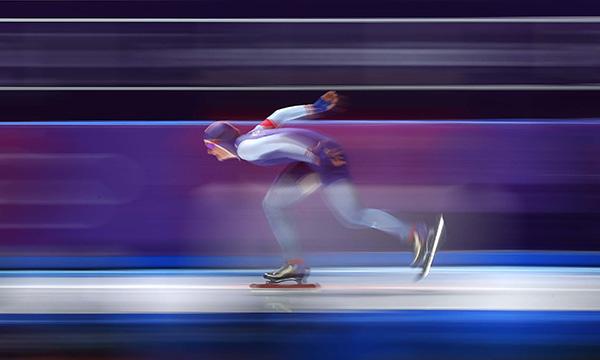 Here’s our day-by-day guide to what are expected to be the highlights of Pyeongchang 2018 for both Team GB and other leading nations.

All times are scheduled start times, in GMT.

00:30-01:50 & 04:15-05:50: After its postponement on day three due to high winds, the women’s giant slalom skiers will return to the slope on day six. American star Mikaela Shiffrin is the clear favourite. She won giant slalom gold at Sochi 2014, making her the youngest Olympic champion in the event, and, in the years since, she has developed into a serious multi-event medal prospect.

02:00-04:05: The men’s downhill will also take place on day six after it was postponed from Sunday. Although there is no British interest, the traditional ‘blue riband’ event of the Games always proves a fascinating watch.

Matthias Mayer of Austria is the defending champion, but Switzerland’s Beat Feuz took the most recent world title and Norwegian veteran Aksel Lund Svindal is looking to end his Olympic career back on the podium.

04:30-06:00: It is among the most unpredictable sports at the Winter Olympics, with medals won and lost in less than a heartbeat – just as American Lindsey Jacobellis discovered in 2014. More on her later.

It’s that jeopardy and all-out head-to-head combat which makes it one of the most fascinating events to watch and Pierre Vaultier is a Frenchman who enjoys risking it all – winning Olympic gold in Sochi, just two months after tearing his anterior cruciate ligament (ACL).

He claimed the most recent World Championship title and leads this season’s World Cup standings, but Australia’s Alex Pullin and Austrian Alessandro Hammerle are other strong contenders.

01:00-03:25: Away from the British athletes and the medal-contending Latvian Dukurs brothers, a little further down the field will be two sliders making history for their respective nations.

Former sprinter Akwasi Frimpong is the first Ghanaian to qualify for the men’s skeleton event, while Anthony Watson – who off the ice describes himself as an actor, musician and model – has achieved the same landmark for Jamaica, having once tried out for the USA bobsleigh team.

01:30-04:55: China’s only previous gold in the event came in the pairs at Vancouver 2010 and eight years on world champions Sui Wenjing and Han Cong will be attempting to repeat their compatriots’ feat.

06:30-08:15: Norway’s 10-time Olympic medallist – and world champion in the women’s 10km free event – Marit Bjorgen will be searching for further honours in her fifth Games.