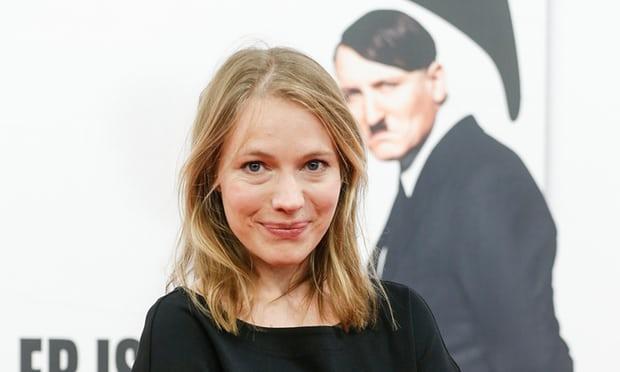 Female actors attending this year’s Berlin film festival are being encouraged to ditch high heels and tight gowns in favour of comfortable clothes in a campaign to bring equal rights to the red carpet.

Under the Twitter hashtag #NobodysDoll, German actor Anna Brüggemann has said she wishes to challenge the “patriarchal gaze” women habitually face at film festivals and award ceremonies, and to inspire actors to wear what they want instead.

“The red carpet is like a throwback to the 1950s,” she told the Guardian ahead of the film festival, which begins on Thursday.

“Women are expected to squeeze into tight-fitting, low-cut dresses and totter on impossible heels in order to serve the gaze of those who’ll judge whether they are marketable or not.

“It’s time we had different images to look up to, of headstrong, unconventional women.”

Brüggemann, 36, a prominent German TV and film actor, said she looked forward to stepping out with a group of other actors – including film stars Lavinia Wilson, Franziska Weisz, and Palina Rojinski, all of whom are household names in Germany – who had signed up to her cause.

Cowboy boots, leather jackets, T-shirts and trainers – anything is allowed, she said. “Low-cut gowns as well, if that’s your thing. The main thing is that the actress feels comfortable in it.”

Brüggemann said the response to her campaign from the German film world had been overwhelming, but she had also received lots of messages from those nervous to sign up.

“Some said they were wary of being labelled as awkward by directors and producers, while others resented the idea I was trying to say they are like dolls just because they enjoy dressing up.”

The director of the Berlinale, Dieter Kosslick, said that unlike Cannes, which has enforced a high-heels rule in previous years, Berlin has never imposed any restrictions. He said actors should feel free to wear what they like.

“I can advise every woman who is coming to the Berlinale to wear exactly what she wants. We will certainly not be turning back either women who wear flat shoes, or men in high heels,” he said.

But Brüggemann said his was an inadequate response to the inequalities she and her colleagues had experienced on the red carpet.

“I hear this so often, but I think it’s naive, because the point is there are no written rules – instead, me and my colleagues would habitually Google images of the Berlinale and say: ‘OK, I guess that is how I have to look’ and dress accordingly. And that’s the problem.”

Brüggemann said her campaign was a direct response to the #MeToo debate.

“My campaign is about asking when does a woman become that object that men feel they have the right to take for themselves, to decide everything from how she looks, to how low-cut her outfit is.

“When #MeToo happened, and all these beautiful Hollywood actresses said ‘it’s time for more equal rights and we should all be feminists’, I thought, well, equality begins when we women really stop thinking about our bodies as something we have to improve.”

She said while she greatly respected the Time’s Up campaign, which saw Hollywood stars at the recent Golden Globes donning black in protest at abuse scandals, she believes the stunt did nothing to address the issue of body image on the red carpet.

About 70 prominent film actors and directors have signed Brüggemann’s petition, in which she has called for female actors to be treated like “artists not dolls”. She hopes the campaign will spread to other festivals, such as the Oscars in March or Cannes in May.

Among the actors expected to attend this year’s Berlin festival are Greta Gerwig, Isabelle Huppert, Emily Mortimer, Rosamund Pike, Tilda Swinton and Emily Watson. There was no indication yet as to whether they planned to join the #NobodysDoll campaign.

Brüggemann said she is likely wear “a skirt, sneakers and a turtleneck sweater” to this year’s Berlinale. Previous years had seen her wear heels and dresses “because I thought ‘everyone wears them and I think I should too, in order to be recognised as an elegant woman’”.

She added: “An actress friend of mine recently said she was fed up changing into at least four different outfits for the opening parties. She pointed out it was in that time the men were doing all the important business deals.”

The Father: Why Olivia Colman’s new film will leave you disoriented

Greek theatre Group to stage a play on Armenian genocide