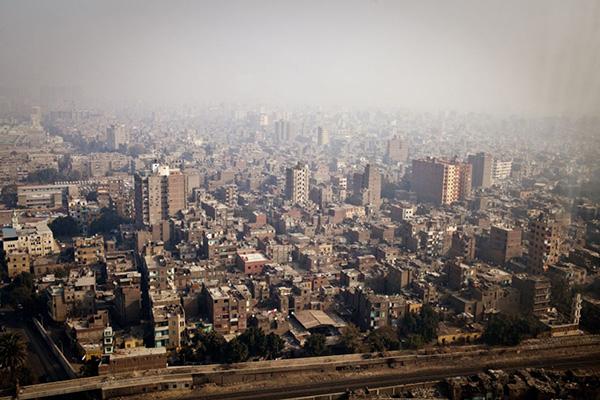 The National Bank of Egypt is looking to secure $500 million in loans by the end of June, shunning the issuance of bonds as it looks for less expensive ways to fund growth and boost dollar liquidity, the state-run lender’s deputy chairman said.

NBE, the country’s largest lender, is in early negotiations with international institutions for part of the financing, which will augment $1 billion in loans it has already secured, Yehia Abou Elfotouh said in an interview. While it had planned to sell between $1 billion and $1.5 billion in international bonds, it postponed the plan last year.

“We don’t think about bonds now, as borrowing from international institutions is cheaper and easier,” Abou Elfotouh said.

As part of an expansion plan that also includes opening 30 new branches in Egypt this year, NBE has also secured central bank approval to launch its first Saudi Arabian branch by the end of 2018 — a move Abou Elfotouh said would help boost remittances from Egyptian expatriates in the OPEC powerhouse. It’s still waiting for approval from Saudi authorities.

The changes come as state-run companies are coming under increasing pressure from the government to shore up losses and become more competitive. The government is planning on selling stakes of several companies on the stock exchange, starting with banks and oil companies. NBE is not among those under consideration.

The push is part of a broader effort to revive the economy that began in earnest with the November 2016 decision to float the pound and cut fuel subsidies. Those measures helped end a crippling dollar shortage, boost foreign currency reserves to over $38 billion and attract more than $100 billion in foreign currency inflows into the economy.

Individually, NBE has provided $21 billion in import financing, while attracting $19 billion in foreign currency inflows from individuals and companies since the flotation.

Abou Elfotouh said NBE is planning on selling its stakes in companies that fail to generate a return, and to unload 2 billion pounds in fixed assets it co-owns with Banque Misr.

With the government looking to boost economic activity, including lending to small and medium-sized enterprises, Abou Elfotouh said the bank expects a 15 percent growth in loans it provides in Egypt this year. The increase would be built on the back of anticipated cuts in the benchmark interest rate as annual inflation retreats from record highs of over 33 percent last year.