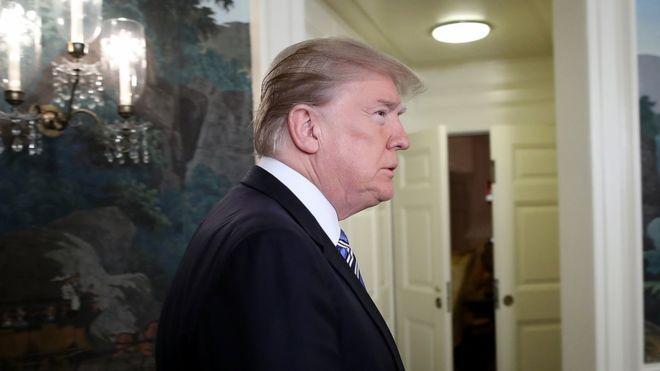 Another day, another school shooting – several since the start of 2018. With the Parkland, Florida, death toll ranking it as one of the deadliest in US history, however, politicians and policymakers across the ideological spectrum are united in calling for action.

“It cannot be denied that something dangerous and unhealthy is happening and we are, once again, watching the images of our children – terrified – streaming from their school with their hands above their heads,” US Attorney General Jeff Sessions said on Thursday morning. “We are going to take action. We must reverse these trends.”

Understanding the direction of these devastating trends is one thing. Figuring out what to do next – what to do first – is an entirely different debate. That’s where the political divides in the US grow into chasms.

Less than 24 hours after the shooting, on cable news and throughout social media, Americans – on the left and the right – weren’t just making distinct policy recommendations, they were having entirely different political conversations.

Here’s a look at where the paths diverge – and the obstacles they face.

In his address to the nation Thursday morning, Donald Trump didn’t mention the word “gun” or “firearm” once. Unlike his predecessor, gun control isn’t even on the president’s radar.

While Democrats were quick to propose increased regulation of firearms in the aftermath of Parkland, those efforts – like previous efforts after Las Vegas and Sutherland Springs and Orlando – will run into a wall of opposition in the Republican-held Congress.

While Republicans have carefully avoided a gun-control debate – rebuffing any mention as being too political or too soon – they’ve been much more willing to talk about the need to address issues of mental health.

“We are committed to working with state and local leaders to help secure our schools and tackle the difficult issue of mental health,” Mr Trump said in his Thursday remarks.

The Florida suspect reportedly sought psychological services at a clinic at some point, and accounts from former classmates paint a picture of a 19-year-old who was a social outcast with violent tendencies.

Where liberals and conservatives diverge, however, is in how to prevent an individual suffering from mental disease from committing violent acts.

Democrats will press for greater funding for psychological services through public and private insurance programmes. They will denounce the president’s proposed cuts to Medicaid, a state-run insurance system for the poor. They will herald the mental-health coverage requirements in Obamacare, which Mr Trump and his fellow Republicans have tried to repeal.

They’ll also point to an Obama-era rule that would have kept individuals receiving government-funded treatment for mental illness from purchasing firearms, which Republicans in Congress repealed – the only gun-related piece of legislation Mr Trump has signed.

Republicans, on the other hand, have suggested more aggressive enforcement of existing laws preventing individuals who make overt threats of violence from purchasing firearms.

“If someone who is mentally ill is slipping through the cracks and getting a gun, because we have laws on the books — we have a system to prevent people who aren’t supposed to get guns from getting guns — and if there are gaps there, then we need to look at those gaps,” Speaker of the House Paul Ryan said during a press conference on Thursday.

“Give police the power, if they see something on social media, if they see graphic pictures of rifles and blood and gore and guns and bombs,” he said at a Thursday press conference, “to take that person and bring them before mental health professionals, at that particular time, involuntarily and have them examined.”

Providing mental health services will find broad support from the American public. Government officials detaining individuals they consider violent – or taking away their firearms – will be a much more controversial move.

Although Mr Trump’s speech, heavy on platitudes, leaned into his role as consoler-in-chief, he did promise one concrete action.

“Later this month, I’ll be meeting with the nation’s governors and attorney generals where making our schools and our children safer will be our top priority,” the president said.

What could come of this meeting is anyone’s guess, of course.

Some conservatives have suggested that schools could be made safer by the presence of more security personnel – “good guys with guns” – or through allowing teachers to be armed.

“You cannot enter a federal building or an airport with a loaded gun,” tweeted conservative commentator and Travis County, Texas, Republican Chair Matt Mackowiak. “Why can you enter a school with one? We should make such a thing impossible. Simply a matter of will.”

Democrats might point out, however, that there was a security officer at the Parkland school. And when police arrived at the scene, they had to clear the building classroom by classroom. Some students refused to open the doors because they feared it was the shooter. Adding gun-wielding teachers to the equation would have risked more deaths.

After announcing his plan for a meeting, Mr Trump issued a challenge.

“It is not enough to simply take actions that make us feel like we are making a difference,” he said. “We must actually make that difference.”

As the number of shootings in recent years continues to grow, and the death toll mounts, however, there has been little in the way of federal action of any kind. The question, then, is whether this time will be different.