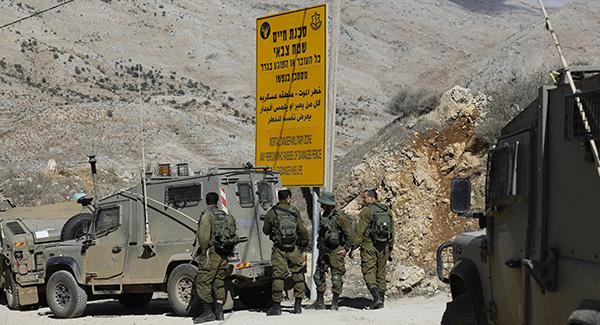 Recent events in Syria serve to illustrate the dire consequences of a unipolar world. They also provide further confirmation that international law now belongs to the realm of fiction when it comes to Washington and its allies, for whom exceptionalism is the natural order of things.

There is compelling evidence to speculate that what is now being attempted by the US in Syria, with its occupation of a large swathe of territory in the north west of the country, is a re-run of the Balkanisation of Yugoslavia in the 1990s — a sovereign state broken up and dismembered after the collapse of the Soviet Union in service to the unipolar world that had just come into being as a result.

The break-up of the Socialist Federal Republic of Yugoslavia, a state born out of the carnage of the Second World War, was stark evidence that for hawks within the US political and military establishment the Cold War had not ended it had been won – won by dint of America’s divinely chosen position as the “indispensable nation”, a credo first articulated by US Secretary of State Madeleine Albright during an NBC interview in 1998.

Thus triumphalism abounded within the corridors of power in the land of the free, which cheered on by its willing vassals — such as Tony Blair’s UK government, and various eastern European satellites harbouring unresolved anti-Russian animus — produced an intoxication with overwhelming military power and strength, encapsulated in the eastward expansion of NATO.

The unending wars and military interventions that have been embarked by the US and its allies since the 1990s, rather than push the frontiers of democracy, have produced nothing but human misery, chaos, and instability. And on a scale hitherto absent.

Syria is only the latest country and society to experience the tender mercies of Washington’s self-ordained role as the world’s policeman. It does so not with the objective of maintaining the world as a safe place or democracy or human rights, as tirelessly claimed, but so that global corporations are able to function and prosper and exploit the world’s human and natural resources unimpeded. They call it free market economics. A much more accurate name is’ disruptive unfettered capitalism’, an economic model which is no respecter of borders or cultures, no respecter of even the concept of the nation state.

The presence of US military forces in Syria is illegal. This is a fact that no amount of obfuscation or dissembling can elide. It poses a threat to the security and stability not only of Syria but the entire region. The idea that the presence of US military forces in the country, or anywhere else in the Middle East for that matter, is necessary to bolster security and stability, this is an exercise in peddling fiction. Just ask the people of Iraq or Libya, two countries laid waste by Washington and its allies, if you do not believe me.

Adding to the pot of instability and US-inspired mayhem in the Middle East is the news that the gargantuan US military budget for 2019 is to include $300 million for the training and equipping of the SDF, Washington’s proxy ground force in Syria, in addition to $250 million to fund the ‘border security force’ in the country that’s been mooted. By way of a reminder, as with the SDF the planned border security force will largely comprise Syrian Kurds attached to the YPG. All this, it’s worth recalling, is being undertaken in clear violation of Syria’s national sovereignty and territorial integrity. It is the very epitome of might is right, redolent of that which sustained the Roman Empire.

The seeming willingness of the Trump administration to rupture its alliance and relationship with fellow NATO member, Turkey, with its commitment to arming and training the Kurds across Ankara’s southern border is remarkable, not to mention inexplicable. President Erdogan’s government has made no bones about the fact it considers it a threat to Turkey’s security, and has pledged to act accordingly. Indeed with its Operation Olive Branch military campaign against the YPG in Afrin, northern Syria, currently underway, involving ground forces deploying across the border in the process, the Erdogan government is making good on this pledge.

The fact is that along with Israel, Turkey is now exploiting the crisis and conflict in Syria to violate its sovereignty with wilful abandon.

It requires neither an abiding love or Russia nor a burning hatred of America to understand the necessity of a world in which no one nation is able or inclined to arrogate to itself the right to exercise global hegemony. Empires are doomed by virtue of the very premise upon which they exist, which is that nations and peoples can be dominated and subjugated by other nations. They cannot. Or at least they cannot over a sustained period.

If history teaches us anything it is that those who seek to dominate only succeed in sowing dragon’s teeth, inviting blowback and backlash. The monster that is Salafi-jihadism and the ensuing spate of terrorist attacks across the world in recent years leaves no doubt of it.

The need to check the untrammelled power of Washington is self-evident. Since the Soviet Union was consigned to history in the early 1990s, the US has rampaged across the world like an out of control juggernaut of death and destruction. It has done so regardless of the administration or president occupying the White House.

In Donald Trump, a man for whom subtlety is an alien concept, we have ourselves a US president who cannot seem to make up his mind whether he is a recurring character in the Sopranos or the elected leader of the world largest economy and nuclear power.

With his presidency, the sheer reckless, aggressive and capricious character of it, the time has come to pose the question: Who will save us from America?

The views and opinions expressed in this article are solely those of the author and do not necessarily reflect those of Sputnik.