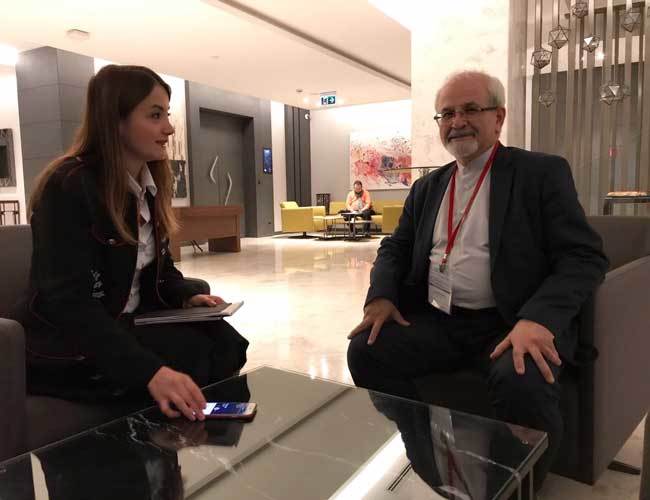 The territorial integrity of Syria is very important for both Turkey and Iran, Iranian Deputy Foreign Minister Seyid Kazem Sajjadpour has said.

“The common interests for both countries are centered upon the territorial integrity of Syria,” Sajjadpour told daily Hürriyet.

He was visiting Turkey for a roundtable meeting organized by the Turkish Asian Center for Strategic Studies (TASAM) in Istanbul on Feb. 12.

Speaking to daily Hürriyet on the sidelines of the conference, Sajjadpour said both Turkey and Iran have “demonstrated in Astana and Sochi that they want peace and end of the hostilities in Syria.”

“Actually our common positions with Russia brought us together in Sochi and Astana, based on common understanding and common interests. Maybe there are differences in the details of the political approaches, but today it is my reading that there are more similarities than differences,” he added.

“[The ministry spokesman] said he hoped the operation would immediately come to an end in order to prevent the deepening of the crisis in northern Syria. That is our official position,” he added.

Speaking about the U.S. plan to form a new border force using the YPG in Syria, Sajjadpour said this would “clearly be an illegal act.”

“What is the legal base of the U.S. presence there? There is no legal justification for what the U.S. is doing in Syria. It is completely illegal,” he said.

Regarding U.S. President Donald Trump’s threats to withdraw from the Iran nuclear deal, Sajjadpour said it was a “very complicated issue.”

“It is not just like any other multi-literal agreement that the U.S. could withdraw from. You have to keep in mind that the nuclear deal is certified by a U.N. Security Council resolution. Withdrawing from it is very different from other agreements,” he said.