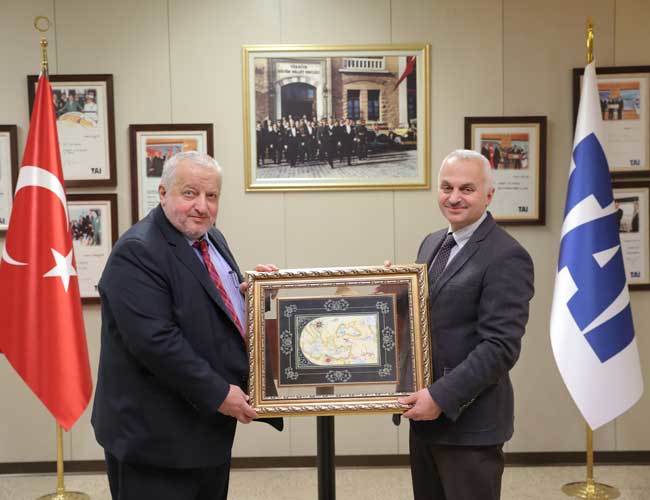 The protocol was signed by TAI CEO Temel Kotil and Turkish Airlines Technic CEO Ahmet Karaman, according to a joint statement by the companies on Feb. 15.

“Our agreement with Turkish Airlines Technic, which offers key technical services, to cooperate in civil aviation activities, including R&D activities, in an effort to further develop the sector is of great importance,” Kotil said.

Karaman said the main motive behind the deal was to make a contribution to Turkey’s effort to decrease its dependence on foreign sources in defense.

“We aim at helping our countries aviation sector and domestic defense production by joining our forces with TAI,” he added.

Turkish Airlines Technic’s R&D department and other engineering units are planned to take an active role in TAI’s all indigenous air vehicle production projects, including the National Fighter Jet project, according to the statement.