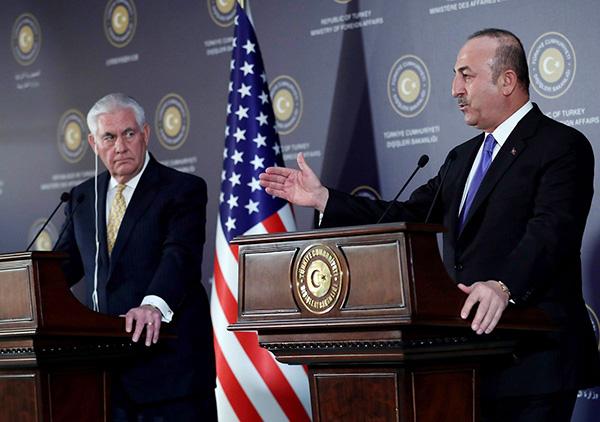 By Nick Wadhams , Onur Ant , and Firat Kozok
Acknowledging that ties with Turkey are at a “crisis point,” U.S. Secretary of State Rex Tillerson pledged cooperation with President Recep Tayyip Erdogan’s government but also issued new warnings over the erosion of democratic norms and the country’s plan to sign a defense deal with Russia.
Underscoring the challenges they face, the two sides were unable to resolve any of those challenges even after Tillerson met Erdogan for more than three hours on Thursday and later dispatched top aides to Turkey’s foreign ministry to work through the night toward some sort of agreement.
In the end, Tillerson and Foreign Minister Mevlut Cavusoglu agreed to create what they called a “results-oriented mechanism” to address tensions, starting with their disagreement over U.S. support for Kurdish fighters in Syria and the potential for clashes there.
“We’re going to lock arms, we’re going to work through the issues that are causing difficulty for us,” Tillerson said at a briefing with Cavusoglu after the two met over breakfast. “We know we need to move with some sense of urgency and promptness.”
U.S. Troops
Turkey is a critical NATO ally, hosting about 1,500 American military personnel and aircraft at Incirlik Air Base, a staging point for the fight against Islamic State. But tensions have only continued to get worse since Turkey’s government suppressed a coup attempt and rounded up journalists, judges, and even Turkish citizens employed by the U.S. embassy.
The chief aim of Tillerson’s trip to Turkey was to come to some sort of accommodation with Erdogan over the Syria conflict. The U.S. continues to back the Syrian Kurdish YPG, which has been a U.S. ally in the fight against Islamic State. That has enraged Turkey, which labels the group a terrorist organization and has sent troops into Syria to combat it.
NATO Tensions
The incursion has created an unprecedented military face-off between the two largest armies in NATO, with U.S. forces fighting alongside the YPG in northeastern Syria while Turkey attacks members of the group to the west. The two sides said the top priority of the working group established Friday will be addressing Manbij, a town in northern Syria held by the YPG with the backing of American forces. Erdogan has threatened to attack the town.
Manbij should stay under the control of the U.S. or its allied forces, Tillerson said.
“We have made clear our expectations from the U.S. in terms of its support for the YPG and the fight against terrorist groups,” Cavusoglu said. “We’d like to think that our vital security concerns are taken seriously.” He said previous promises made to Turkey by the U.S. were broken, but that the two sides had “reached an understanding to normalize our relationship again.”
The public statements were notable for their “softened rhetoric,” QNB Finansbank chief economist Gokce Celik said in an email Friday. At the same time, she said it was hard to see “crystal clear signs of meaningful improvement of U.S.-Turkey ties.”
Russian Weapons
A further irritant has been Russia’s plan to sell Turkey its S-400 missile defense system. Such a move could trigger U.S. sanctions under a law called the Countering America’s Adversaries Through Sanctions Act that aims to punish Russia over its interference in the U.S. election.
Tillerson delivered a stark warning to Turkey on that score, saying he wanted to “at least ensure they understand what might be at risk in that particular transaction.” He said the U.S. has “serious concerns” about the detention of Turkish nationals working at the U.S. embassy and called on the government to release them along with U.S. citizens Andrew Brunson, a pastor detained in 2016, and Serkan Golge, a NASA scientist.
The two sides also appeared unable to make any progress on the case of Fethullah Gulen, the cleric whom Turkey accuses of masterminding the coup attempt in 2016.
“We’ve agreed that we will continue to examine all the evidence that can be provided to us,” Tillerson said of Gulen’s case. “We remain open and anxious to receive any new evidence.” 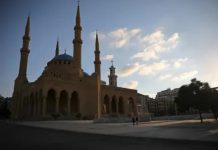 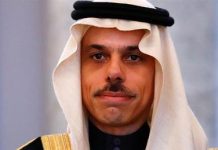 Saudi FM Optimistic Ties with U.S. Will be ‘Excellent’ under Biden 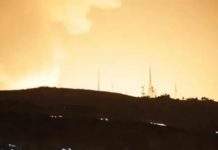