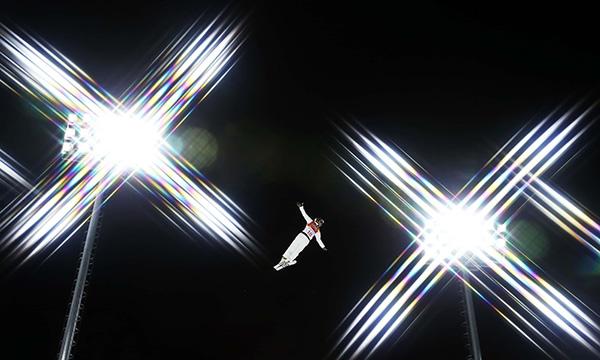 Back at Sochi 2014, James Woods was seen as a leading British medal contender but a serious hip injury on the controversial slopestyle course just before the competition began hampered his preparations and he finished fifth.

Considering the level of pain he had to endure to complete his runs, it was a highly creditable result. However, Woods wants to be remembered as a winner and has claimed X Games and world medals since the last Olympics.

A broken collarbone late last year has not aided his build-up but finishing fourth in the X Games slopestyle event in late January shows he is closing in on career-best form.

The event is stacked with talent, though, and Swiss Andri Ragettli, Norwegian duo Oystein Braaten and Ferdinand Dahl and Americans Gus Kenworthy and McRae Williams are all serious contenders.

Strong in both the slalom and giant slalom, his battles with defending champion Ted Ligety of the USA could be something rather special.

The start of the men’s two-man competition is likely to see a moment of reflection by athletes as they pay tribute to 2010 USA Olympic gold medal-winning bobsleigh pilot Steven Holcomb, who died in May.

It is the first Olympics since Salt Lake City in 2002 at which the USA team will not feature the five-time world champion. Following the Russian doping scandal, Holcomb is in line to have the two bronze medals claimed at Sochi 2014 posthumously upgraded to silver.

The ‘blink and you’ll miss it’ women’s 500m dash is likely to see a rare break in Dutch domination of the long-track ice rink events.

Since a best individual finish of eighth in the 15km mass start event at Sochi 2014, Norwegian Johannes Bo has gone on to become a major force in the sport, winning nine world medals in the past three years.

He is ranked second in the World Cup standings for the event while elder brother Tarjei Bo – a relay gold medallist at Vancouver 2010 – is sixth.

Frenchman Martin Fourcade tops the rankings and is looking for a third Olympic gold in Pyeongchang following two titles at Sochi 2014.