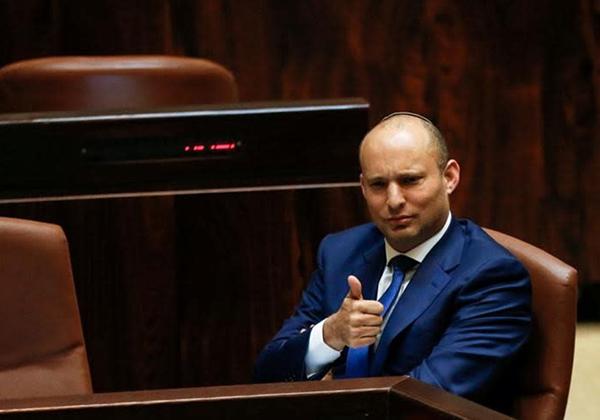 “If Netanyahu decides that he wants elections, there will be elections. If he wants stability, the current government will remain in place.”

Bayit Yehudi leader and Education Minister Naftali Bennett would consider running for prime minister if Benjamin Netanyahu were to step down, he announced Thursday morning on Army Radio.

“I’m not going to push Netanyahu out, but if he leaves the political stage, I will run for prime minister,” he said.

Bennett’s comments came following the crisis over ultra-Orthodox conscription and the 2019 state budget that has threatened to bring down Netanyahu’s government.

Prime Minister Benjamin Netanyahu, currently on a five-day trip to the US, addressed the ongoing situation before boarding the plane late Saturday night, saying “We’re not going to early elections,” and elaborated that he expected his government would remain in place until the regularly scheduled election date of November 2019.

Bennett added on Sunday morning that he believes “The crisis is certainly solvable. The key to a solution is not Liberman or the haredim, but Netanyahu. In the end, any action will only be taken after the meeting of the party leaders with Netanyahu next Sunday. There is definitely a formula that will work if everyone is willing to compromise.”

“If Netanyahu decides that he wants elections, there will be elections. If he wants stability, the current government will remain in place. Everything we did this week was important, but in the end everything will be decided by Netanyahu.”

The Knesset will be taking a break for Passover starting on March 15. If an election would be initiated in the few days between the prime minister’s return from Washington and the Knesset recess, it would be held 90 days later, in mid-June.

The Likud has been doing well in the polls, and on Saturday night, Netanyahu posted on social media a survey by Likud pollster Avi Degani predicting 36 Knesset seats for the party.

Gil Hoffman contributed to this report.