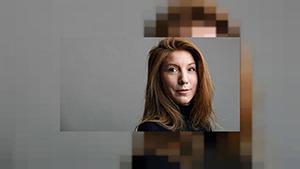 Prosecutors have suggested Peter Madsen fetishized killing and dismembering women before the murder. Madsen initially denied killing Kim Wall aboard his self-made submarine, but has changed his story several times.

The trial of Danish inventor Peter Madsen, charged with the gruesome murder of Swedish journalist Kim Wall on a self-made submarine, starts in Copenhagen on Thursday.

The high-profile trial is expected to reveal further grim details of the killing. Prosecutors have already said they will seek a life sentence.

The details of the case:

The charges: Madsen was formally charged with premeditated murder, dismemberment and aggravated sexual assault in mid-January. He is alleged to have brought a saw, knife, screw drivers, plastic strips and metal pipes aboard his submarine before the killing — evidence the prosecution has said proves Madsen had planned the murder.

What the prosecutors say: Prosecutors accused Madsen of beating, binding and cutting Wall on board the submarine. Madsen allegedly dismembered her body after she died and threw her body parts in plastic bags into the sea. Prosecutors also say Madsen tried to weigh the bags down with steel pipes.

Madsen’s stories: Initially, he claimed to have dropped Wall off at Copenhagen harbor the night before the vessel sank. At the beginning of September, he said Wall had died after a hatch hit her on the head aboard his submarine and that he then dumped her intact body overboard. Forensics however showed no fractures on Wall’s skull. He later said she had died of carbon monoxide poisoning. In October, he admitted to dismembering her before throwing her body parts into the sea, but denied murdering her.

What could be the motive? Prosecutors have not said what motivated Madsen to commit the crimes. They have however sketched Madsen to be a man who fantasized about torturing and killing women. Police found a hard drive in his workshop with films depicting women being tortured, burnt alive and decapitated. Madsen denied the hard drive was his.

Who was Kim Wall? Wall was a freelance reporter who had reported from many countries, including the US, China and Cuba. She was born in Trelleborg in southern Sweden and studied at the London School of Economics in London and Columbia University in New York. She had been planning on moving to China with her boyfriend after the interview with Madsen.

Who is Peter Madsen? Nicknamed “Rocket Madsen,” the engineer was born in Copenhagen and became well-known in Denmark for building space rockets and the world’s largest self-built submarine in 2008. He told journalist Thomas Djursing in a 2014 biography that he grew up with an abusive father: “When I think about my father, I think how children in Germany must have felt if their dad was a commandant in a concentration camp.” Ex-girlfriends have told Danish media he was into sado-masochism.

How long will the trial last: The court is expected to deliver a verdict on April 25. A judge and two lay jurors are to hear testimonies from more than 30 witnesses.