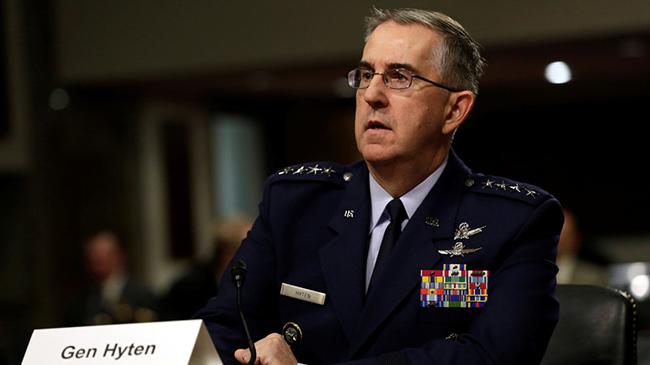 Top Pentagon officials have told US lawmakers that they were “disappointed” by Putin’s public announcement of Russia’s unmatched missile capability, lamenting that he will use it to further “intimidate” the US and its allies.

“I think the statements made by Russian president Putin while not surprising were nonetheless disappointing. While we have been aware of the development of Russia’s capabilities and watching with concern some of the development that has occurred in terms of Russia’s doctrine and exercise program, it is nonetheless disappointing to see that the president of the Russian Federation chose to feature these capabilities in a way that he did,” Under Secretary of Defense for Policy, John Rood, told the House Subcommittee on Strategic Forces, in a discussion on US Strategic Forces Posture and the Fiscal Year 2019 Budget Request.

Commander of the US Strategic Command, General John Hyten, added that “Putin’s statements are not surprising and only reinforce Russia’s commitment to develop weapons designed to intimidate and coerce the US and its allies.”

Putin emphasized that Russia repeatedly offered compromises but never made a secret of its resolve to maintain a deterrent in the face of NATO expansions and growing US anti-ballistic missile capabilities – ever since the unilateral withdrawal by George W Bush from the Anti-ballistic Missile Treaty in 2002.

“Those capabilities have obviously been in development for quite some time. President Putin talked about their maturity. They are clearly not the capabilities that were developed in the last few months or the last year,” Rood admitted.

Rood, however, once again reiterated Washington’s mantra that US missile defense systems never intended to neutralize either the Russian or the Chinese strategic nuclear arsenal. “That has not been our plan in focus and the capabilities developed do not enable us to do that,” he noted.

At the same time, the Pentagon official reassured lawmakers that the US still has enough nuclear and conventional might to counter “revisionist powers” that seek to “reshape the world order and change territorial borders.”

General John Hyten agreed with Rood’s assessment, but warned that without massive investments the existing American arsenal can only support the ‘mutually assured destruction’ doctrine for about a decade.

“There is nothing they can do besides a massive attack against our country that we will not have the ability to respond to,”Hyten explained. “But we have to modernize these capabilities because 10-12 years from now all the capabilities that I operate today will be reaching end of life.”

It was Washington that triggered a new arms race, Putin said during his address, stressing that everything Russia is doing to strengthen its defenses is within existing arms control agreements, and that Moscow “never had any plans to use this potential for offensive – let alone aggressive – goals.”