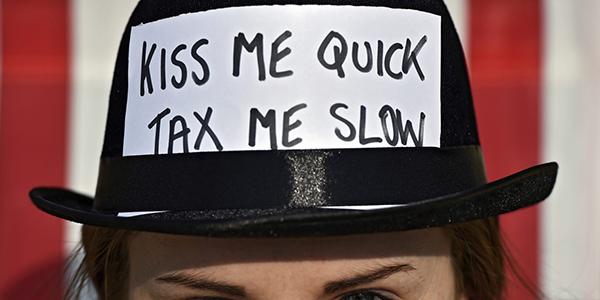 Country reports underscored so-called “tax planning schemes,” that is, a byword for tax-avoidance.

The European Commission also released a study that clearly delineates the criteria for the evaluation of member state tax policies. The study compares tax rules in different Member States and how they are used to facilitate tax avoidance.

Many companies in Europe have subsidiaries in more than one country in the EU to take advantage of all tax loopholes and maximise the benefits of diverging corporate tax rates. The Commission estimates that Europe may be losing €50-to-70bn a year in tax revenue as a result of this practice.

The European Commission, the EU’s powerful executive arm, will hand down the harsh judgment in its regular report on the economies of the union’s member states, Pierre Moscovici said on Tuesday.

“For the first time, the Commission is stressing the issue of aggressive tax planning in seven EU countries: Belgium, Cyprus, Hungary, Ireland, Luxembourg, Malta and The Netherlands,” Pierre Moscovici warned on Tuesday. The Commissioner warned that this corporate tax avoidance increases the burden for the tax payers.

The states signaled out have forward warning. In January 2018, the former French finance minister, Pierre Moscovici, accused Ireland, the Netherlands, Luxembourg, Malta and Cyprus of being taxation “black holes.” Hungary is a new addition to this list.

The European Commission and a number of EU member states have advocated for an EU-wide corporate tax rate.

Some of the most infamous cases of encouraging tax avoidance has been Apple in Ireland; the European Commission has ordered the American behemoth to pay €13bn in taxes to Dublin. Both the country and the company have appealed the decision.

Luxembourg’s tax practices have also been in the spotlight, due to the country’s relation to Amazon. The European Commission estimated the Dutchy had given the company €250 million in illegal tax benefits. Again, the country and the company have appealed.