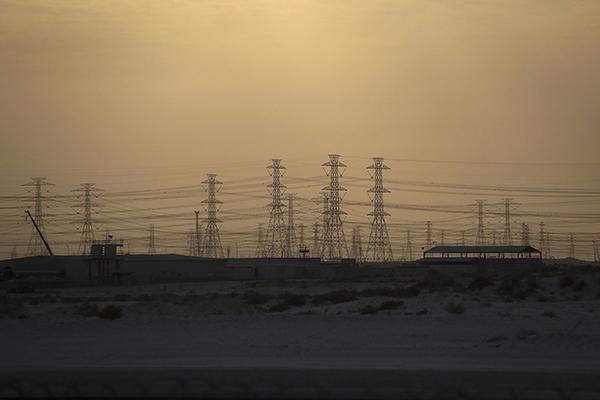 By Jennifer A Dlouhy

Saudi Arabia is enlisting blue-chip lobbyists in Washington as it prepares for a fight over its ambition to build nuclear power plants.

Three law firms have filed disclosures saying they are advising the kingdom on the issue, as American and Saudi leaders negotiate the contours of a possible nuclear technology-sharing agreement that could allow the enrichment of uranium.

The flurry of registrations underscores the high stakes in Saudi Arabia’s bid to build as many as 16 nuclear reactors over the next quarter century. Trump administration officials, eager to revive the moribund American nuclear industry, are pushing the kingdom to consider a consortium of American companies for the job, instead of foreign competitors from Russia, China and other countries.

One of the three firms, Pillsbury Winthrop Shaw Pittman LLC said in a Feb. 20 Justice Department filing that it would be billing the Saudi Arabia Ministry of Energy, Industry and Mineral Resources $890 per hour to give advice on a potential bilateral agreement with the U.S. “concerning peaceful uses of nuclear energy under Section 123 of the Atomic Energy Act of 1954” as well as “related legal matters concerning the development of a commercial nuclear program.”

Among the key players is Jeff Merrifield, a former presidential appointee on the Nuclear Regulatory Commission who now leads Pillsbury’s energy practice.

King and Spalding LLP used almost identical language in a Feb. 21 filing with the Justice Department, which maintains registrations of foreign agents in the U.S. The firm said it would be paid as much as $450,000 for an initial 30-day contract, which could be extended.

And in a third-such registration on Feb. 20, David Kultgen, a lawyer and retired Saudi Arabian Oil Company executive, said he was recruited early last October to provide legal and consulting services to Saudi Arabia, including on its national atomic energy project.

Lawmakers and nonproliferation experts warn that without strict prohibitions, a deal to supply Saudi Arabia with nuclear power plants could allow spent fuel to be reprocessed into weapons-grade plutonium.

Energy Secretary Rick Perry met with Saudi officials in London late last week to discuss the possible nuclear plant deal, even as the Trump administration reluctantly prepares to offer the Saudis an accord that falls short of a so-called “gold standard” prohibition on enriching and reprocessing of uranium that was embedded in a nuclear-sharing agreement with the United Arab Emirates a decade ago.

At least one other such “123 agreement” to share nuclear technology —  named after a section of the U.S Atomic Energy Act — contains similar prohibitions, but more than a dozen others fall short of that “gold standard.”

Supporters of a nuclear plant agreement are girding for a fight. Even if the Trump administration agrees to share nuclear technology with Saudi Arabia, the deal faces bipartisan criticism in Congress. Federal law requires congressional approval of and consultation over any 123 agreements laying out the framework for nuclear cooperation, with a special role reserved for the House Committee on Foreign Affairs and the Senate Committee on Foreign Relations.

Under some scenarios, a 123 agreement can enter into force after 60 days unless Congress adopts a joint resolution disapproving it, according to the Congressional Research Service.

— With assistance by Ari Natter