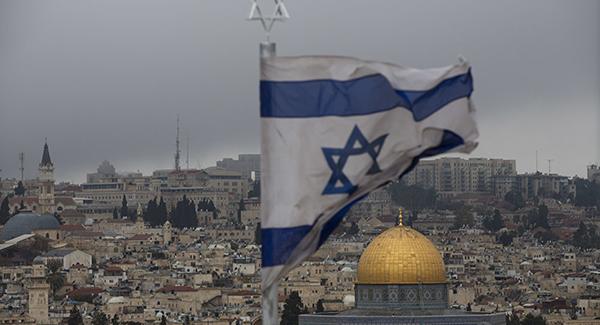 On March 7, the Israeli Parliament passed a law allowing the interior minister to revoke the residency rights of Palestinians living in Jerusalem on the vague grounds of “breach of loyalty” to Tel Aviv.

“By unethically stripping the residency of Palestinians from Jerusalem and depriving the rights of those Palestinians to remain in their own city, the Israeli government is acting in defiance of international law and is violating international human rights and humanitarian laws,” he stated.

On Saturday, Turkey condemned a law passed by the Knesset, with the country’s foreign ministry department stating that Ankara rejects “this illegitimate step that reveals Israel’s intention to increase efforts to change the demography of East Jerusalem, disregarding the basic human rights of Palestinians.”

On Friday, the European Union expressed its opposition to the Israeli law.

“The new law could make the residency status of Palestinians in East Jerusalem – a protected population under the international humanitarian law – even more precarious than it already is today,” an EU External Action Service statement read.

The EU statement added that the bloc “does not recognize Israel’s sovereignty over the territories occupied by Israel since June 1967, including East Jerusalem, and does not consider them to be part of Israel’s territory, irrespective of their legal status under domestic Israeli law.”

Under the new law, officers representing Israeli Interior Minister Aryeh Deri will be able to seize residency documents of any Palestinian deemed to be a threat to the regime. In addition, the legislation stipulates that the Supreme Court will not be able to challenge any decision made by the interior ministry.

The new law will also apply to Palestinians suspected of having obtained residency permission on with false information.

The Israeli move comes amid mounting tension over the city of Jerusalem, which remains at the heart of the Palestine-Israel conflict. In December 2017, US President Donald Trump recognized Jerusalem as the capital of Israel and ordered the start of preparations for the transfer of the American diplomatic mission to that city from Tel Aviv. The move has been widely condemned, particularly in the Muslim world, as well as at the UN, and also among European leaders, and even by Pope Francis.

The city of Jerusalem is one a cornerstone of the decades-long standoff between Israel and Palestine over sovereignty and borders. While Israel took control of the Jerusalem during the Six Day War in 1967 and declared it the capital of Israel, Palestinians are seeking the confirmation of East Jerusalem as the capital of their independent sovereign state.