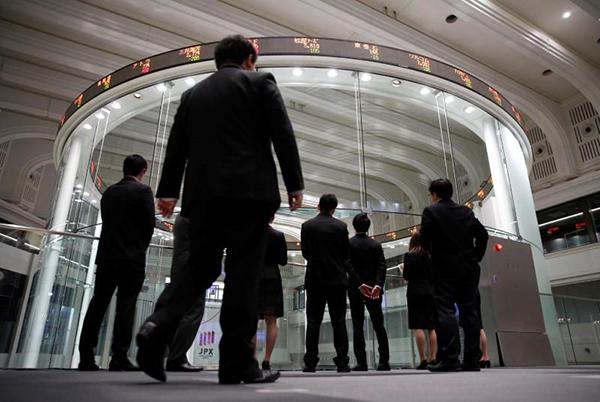 SYDNEY (Reuters) – A relief rally swept across Asian share markets on Monday after the latest U.S. jobs report managed to impress with its strength while also easing fears of inflation and faster rate hikes, a neat feat that whetted risk appetites globally.

The pullback in wages tempered speculation the Federal Reserve would project four rate hikes – or dot plots – at its policy meeting next week, instead of the current three.

“The release threaded the stock needle perfectly, exhibiting strong overall net job adds alongside an increase in the participation rate and tepid wages suggesting labor demand is being met by new entrants into the workforce,” said analysts at JPMorgan in a note.

“In reality though the market is probably reading too much into a single jobs report,” they cautioned.

“A fourth dot on March 21 may have been averted but the labor market is increasingly demonstrating evidence of tightness and this will inevitably translate into upside wage pressure.”

The jobs news likewise lifted riskier currencies, including the Mexican peso and Canadian and Australian dollars, while weighing on the safe-haven yen.

Investors had trimmed holdings of yen last week on news U.S. President Donald Trump was prepared to meet with North Korea’s Kim Jong Un, a potential breakthrough in nuclear tensions in the region.

U.S. officials on Sunday defended Trump’s decision, saying the move was not just for show and not a gift to Pyongyang.

The mix of brisk U.S. economic growth and restrained inflation was a positive one for most commodities, with industrial metals and oil performing well.