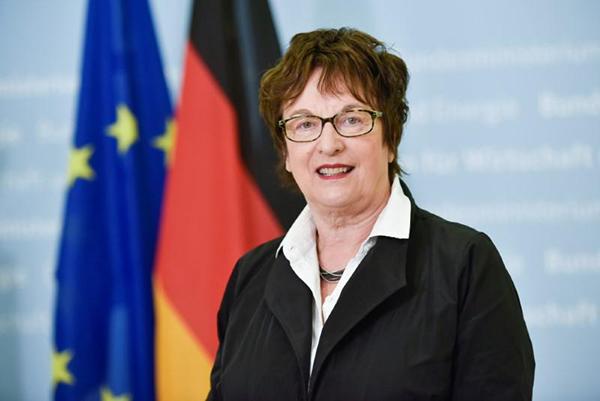 Trump set import tariffs on Thursday of 25 percent on steel and 10 percent on aluminum, to come into force in 15 days, though Washington opened the way to some exemptions the following day after pressure from allies.

“Trump’s policies are putting the order of a free global economy at risk,” German Economy Minister Brigitte Zypries told Reuters on Sunday in an emailed statement.

“He does not want to understand its architecture, which is based on a rule-based system of open markets. Anyone, who is questioning this, is jeopardizing prosperity, growth and employment.”

Hours earlier in Beijing, Chinese Commerce Minister Zhong Shan said any trade war with the United States would only bring disaster to the world economy.

U.S. industries processing steel and aluminum have also criticized the tariffs as landing them with higher costs.

Zypries added that Europe needed to avoid being divided by Trump’s offer to exempt some allies such as Mexico, Canada and Australia.

Europe is the biggest exporter of steel to the United States, accounting for nearly 5 million tonnes of total annual imports of about 35 million, and Brussels has warned Trump it would impose countermeasures if hit.

But the European Union and Japan on Saturday urged the United States to grant them exemptions, with Tokyo calling for “calm-headed behavior”.

In the event of any EU retaliation, Trump has threatened to also hit Europe’s carmakers with import tariffs.

Such a move would be particularly harmful for Germany, Europe’s largest economy and a cornerstone of its auto industry, since the U.S. is one of its carmakers’ main markets, and cars and vehicle parts are Germany’s biggest source of income for goods exports.

Bernhard Mattes, head of Germany’s VDA car association, told Handelsblatt business daily that policymakers must avoid a trade war at all costs, noting that BMW (BMWG.DE) and other German automakers were also among the biggest U.S. exporters in the sector.

“We have been building a global trading system for decades. European prosperity and millions of jobs depend on it – and Europe will not to stand idly by if someone puts the order of free world trade at risk,” Vestager added.