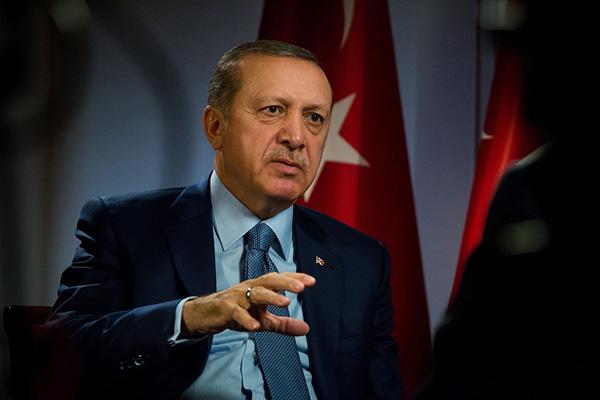 Sweeping changes to Turkey’s electoral laws that could help President Recep Tayyip Erdogan tighten his grip on power are set to begin their passage through parliament, with the opposition warning that they would increase the risk of vote fraud.

The proposed overhaul comes just over 18 months before the scheduled date for one of the most pivotal votes in modern Turkey. When Turks go to the polls next November, or earlier if plans are advanced, they’ll pick a new parliament and formally concentrate executive power in the office of the president.

The amendments allow parties to form alliances that would help them enter parliament, relaxing the current rule that requires them to secure 10 percent of the vote each. The most likely beneficiary would be the nationalist MHP, which some analysts say has lost support since it became a junior partner to Erdogan’s ruling AKP.

The changes, which lawmakers will begin debating Monday, will help ensure Erdogan stays at the pinnacle of power as Turkey begins a controversial transformation from decades of parliamentary democracy into an executive presidency. Erdogan has cracked down on political opponents since a failed coup attempt almost two years ago, and has risked ties with the US and Europe by launching an offensive against Kurdish militias inside Syria.

Together the AKP and MHP hold 352 seats in Turkey’s 550-seat parliament, way above the 276 they need to ensure the bill becomes law.

Under the alliance’s draft blueprint, authorities would also be able to appoint government officials to run ballot stations, relocate election stations on security grounds, let law-enforcement officials monitor voting, and permit the counting of unstamped ballot papers — an issue which clouded the 2017 referendum on presidential rule.

Put together, the measures amount to a “serious threat” to fair and free elections, the main opposition CHP said in a statement on Thursday, following meetings with representatives of eight other parties.

“The risk of holding elections under the shadow of guns could put voters under pressure,” CHP lawmaker Ugur Bayraktutan told a parliamentary committee, referring to the prospect of armed security forces in voting stations.

The government says the changes to the way ballots are conducted are necessary to secure the vote in Turkey’s southeast from the influence of the Kurdish separatists.

Every vote could count next year. In the referendum on an empowered presidency, Erdogan won only narrowly, while most of his parliamentary landslides were secured with less than 50 percent backing. Under the new system, he’ll need a clear majority for a first-round victory.

“The president knows that a small shift in votes could mean a defeat in a contest he cannot lose,” Wolfango Piccoli, co-founder of Teneo Intelligence in London, said in an emailed note on Friday. “Further initiatives to maximize the chances of a positive outcome on ballot day are likely.”

The fragmented opposition has been left on the “back foot” by the AKP-MHP alliance, he said.

Erdogan’s party has never called early elections during its 15 years in power, and officials insist there are no plans to go to the polls before November 2019.

Still, the AKP has surveyed opinion for any signs of shifting voting intentions. Nationalist fervor has gripped Turkey since the army launched an offensive against Syrian Kurdish fighters, and the economy appears to have been put on a campaign footing.