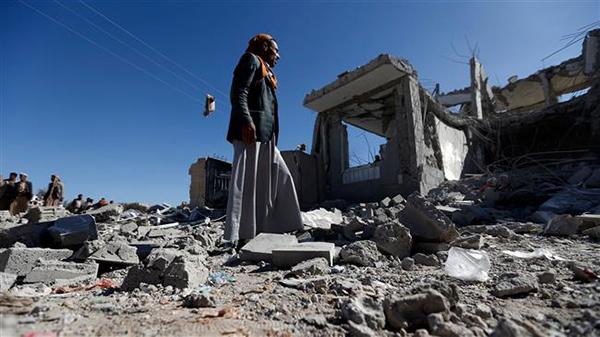 At least 17 civilians, including women and children, have been killed or wounded when Saudi warplanes targeted residential areas in Yemen’s northern province of Sa’ada as the Riyadh regime presses ahead with its deadly bombardment campaign against

According to Yemen’s al-Masirah television network, the Saudi-led airstrikes hit residential buildings in the Ghamar district of the mountainous province of Sa’ada early on Thursday.

The development came just a day after Yemeni air defense forces, backed by fighters from allied Popular Committees, reportedly intercepted and shot down a Saudi F-15 fighter as it was flying in the skies over Sa’ada Province.

Saudi Arabia has been incessantly pounding Yemen since March 2015 in an attempt to crush the popular Houthi Ansarullah movement and reinstate former president, Abd Rabbuh Mansur Hadi, who is a staunch ally of the Riyadh regime.

At least 13,600 people have been killed since the onset of the campaign.  Much of the Arabian Peninsula country’s infrastructure, including hospitals, schools and factories, has been reduced to rubble due to the war.

The Saudi-led war has also triggered a deadly cholera epidemic across Yemen.

According to the World Health Organization’s latest tally, the cholera outbreak has killed 2,167 people since the end of April 2017 and is suspected to have infected 841,906.

Additionally, the UN has described the current level of hunger in Yemen as “unprecedented,” emphasizing that 17 million people were food insecure in the country.

The world body says that 6.8 million, meaning almost one in four people, do not have enough food and rely entirely on external assistance.