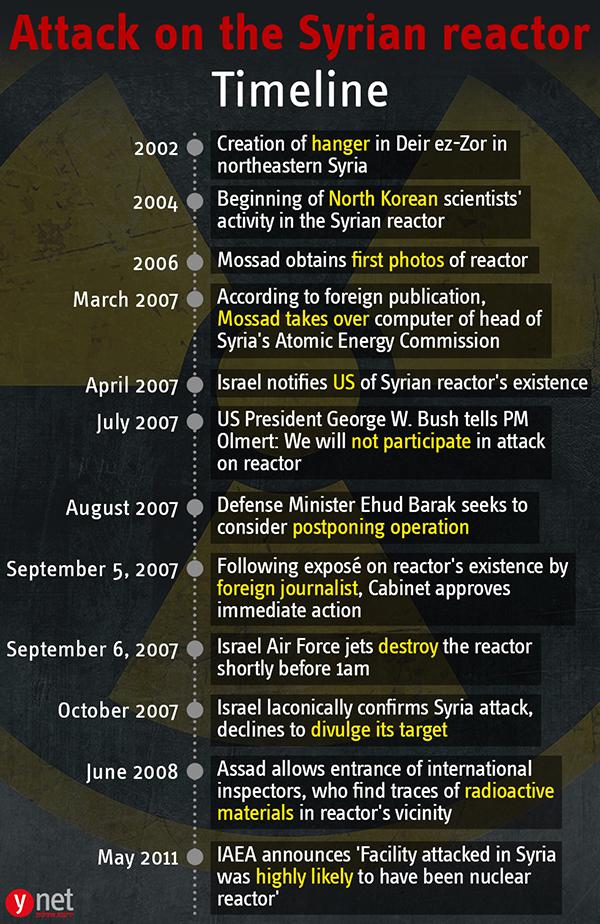 For eleven years, in a manner that perplexed and angered many in Israel, the Israeli Military Censor barred any publications ascribing Israeli responsibility for attacking the Syria nuclear reactor in 2007, despite the fact that mere days after the attack foreign media outlets did precisely that, rendering the Israeli prohibition somewhat absurd.

The main reason for the censor’s unequivocal ban was not the desire to mask the military action in and of itself, but rather the ramifications of going public. Indeed, Israeli officials feared the country taking official responsibility for the attack will corner President Bashar Assad and force him to retaliate, even years removed from the attack, in light of Israel’s admission it bombed a strategic target deep within his sovereign territory.

In the past year, however, a change began taking shape. While two petitions submitted to the High Court were again rejected after the court accepted the censor’s position, with time the court’s decisiveness grew weaker.

The High Court’s justices were willing to defer to the state’s position that publicizing Israeli responsibility will endanger national security, but in their last decision from two years ago, a change in tone was noticeable, as the court hinted that the state should reconsider its position, even giving a six-month deadline to do so.

Four months ago, Israel almost allowed going public on the attack, but another turning point took place when Arab media outlets ascribed responsibility for the attack to Israel, causing security tensions to flare up vis-à-vis the surging Syrian army, which began regaining its confidence.

Moreover, Ehud Barak and Ehud Olmert, defense minister and prime minister at the time respectively, wished to divulge their experiences in Operation Outside the Box in their memoirs.

A special ministerial committee chaired by Justice Minister Ayelet Shaked was asked to greenlight the two books, and after convening in the past few weeks did just that. This effectively signaled the position of the current senior political ranks regarding publication of the affair.

However, then another speed bump cropped up, in the form of two major exercises the IDF held last week—a General Staff nationwide exercise and the joint Juniper Cobra exercise with the US Army, both of which simulated a multi-pronged war partly in Syria.

The defense establishment did not want the affair to be made public coinciding with the two highly publicized drills, so as not to send Syria the wrong message.

Foreign affairs minister during the time of the reactor’s bombing, Tzipi Livni, commented on the timing of the publication during a Ynet studio interview Wednesday morning and said, “It’s not that it’s now going public because Syria poses no danger. We’re in a very precarious position today regarding everything happening in Syria, not necessarily from Assad but mostly from Iran.”

Livni also weighed in on conflagrations between then-decision makers, saying, “It’s just a shame that when an event truly important to Israel’s security is made public, everyone still dabbles in small-time politics. Sad, and unnecessary.”

A security official told Ynet Wednesday morning that the current political ranks “were not involved in the decision to go public now, except for the ministerial committee that approved the two books.”

“Political ranks were merely made aware of the decision to authorize publication, even though the easier route was to just keep blocking it,” the official concluded.