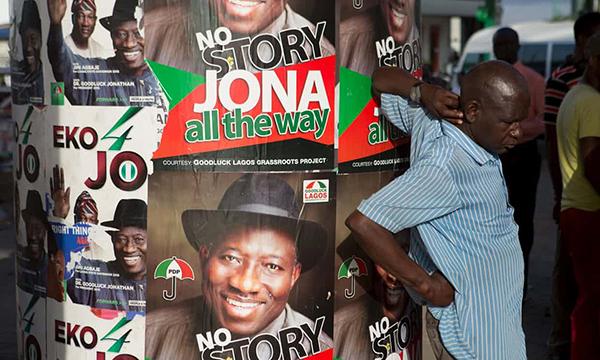 The data analytics firm that worked on the Donald Trump election campaign was offered material from Israeli hackers who had accessed the private emails of two politicians who are now heads of state, witnesses have told the Guardian.

Multiple sources have described how senior directors of Cambridge Analytica – including its chief executive, Alexander Nix – gave staff instructions to handle material provided by computer hackers in election campaigns in Nigeria and St Kitts and Nevis.

They claim there were two episodes in 2015 that alarmed members of staff and led them to refuse to handle the data, which they assumed would have been obtained illegally.

SCL Elections, Cambridge Analytica’s parent company, denied taking possession of or using hacked or stolen personal information from such individuals for any purpose in either campaign.

The revelations are the latest to focus attention on Cambridge Analytica, whose activities are being investigated in the US by the special counsel Robert Mueller as part of his inquiry into possible Russian collusion in the 2016 US presidential election.

How the story unfolded

The firm is under pressure to explain how it came to have unauthorised access to millions of Facebook profiles. Politicians in the US and UK have accused it of giving misleading statements about its work, and the information commissioner has demanded access to the company’s databases.

In all, the Guardian and Observer has spoken to seven individuals with knowledge of Cambridge Analytica and its campaign in Nigeria in early 2015.

Hired by a Nigerian billionaire to support the re-election of Goodluck Jonathan, Cambridge Analytica was paid an estimated £2m to orchestrate a ferocious campaign against his rival, the opposition leader Muhammadu Buhari. Jonathan lost out to Buhari in the presidential race. There is no suggestion Jonathan knew of the covert operation.

Staff working on the campaign say in early 2015 they met Israeli cybersecurity contractors in Cambridge Analytica’s offices in Mayfair, London. Employees say they were told the meeting was arranged by Brittany Kaiser, a senior director at the firm.

The Guardian and Observer have been told the Israelis brought a laptop from their office in Tel Aviv and handed employees a USB stick containing what they believed were hacked personal emails.

Sources said Nix, who was suspended on Tuesday, and other senior directors told staff to search for incriminating material that could be used to damage opposition candidates, including Buhari.

“It made everyone feel really uncomfortable,” said one source. “They wanted people to load it into their email programs.”

People “freaked out”, another employee said. “They wanted to have nothing to do with it.”

One member of the campaign team told the Guardian and Observer that the material they believed had been hacked included Buhari’s medical records. “I’m 99% sure of that. Or if they didn’t have his medical records they at least had emails that referred to what was going on.”

When news of the London meeting filtered back to Cambridge Analytica staff working on the ground in Nigeria, it caused panic, the source said. Local security advisers told the firm’s team to leave the country immediately because if opposition supporters found out, they could turn on them.

“What is clear is that the security of their employees didn’t even seem to have occurred to them,” said one former employee. “It was a very serious situation and they had to evacuate immediately.”

An SCL Elections spokesperson said team members working on the Nigeria campaign remained in the country throughout the original campaigning period, and left in accordance with the company’s campaign plan.

The Guardian has seen an email from Nix dated 26 January 2015, referring to the “Israeli team”.

It says: “Although it is outside of our remit, I have asked for an update on what the Israeli team has been working on and what they will be delivering between now and the election.”

In a second episode in early 2015, sources said the same Israeli team that had worked on the Nigeria campaign obtained private information of the St Kitts and Nevis politician Timothy Harris. At the time he was an opposition leader, and is now prime minister.

Sources have said staff did not want to handle what appeared to be stolen material. “Nobody wanted to have anything to do with it,” one employee said.

A statement from SCL Elections said: “During an election campaign, it is normal for SCL Elections to meet with vendors seeking to provide services as a subcontractor. SCL Elections did not take possession of or use any personal information from such individuals for any purposes. SCL Elections does not use ‘hacked’ or ‘stolen’ data.”

The statement added: “Members of the SCL Elections team that worked on the Nigeria campaign remained in country throughout the original campaigning period, although the election was rescheduled and SCL was not retained for the entirety of the extended campaign period.

“Team members left in accordance with the company’s campaign plan. Team members were regularly briefed about security concerns prior to and during deployment and measures were taken to ensure the team’s safety throughout.”

The revelations will add to the questions facing Cambridge Analytica and the techniques it uses to influence elections for its clients.

In the UK, the Electoral Commission and the Information Commissioner’s Office are investigating the firm for breaches of electoral and data protection law.