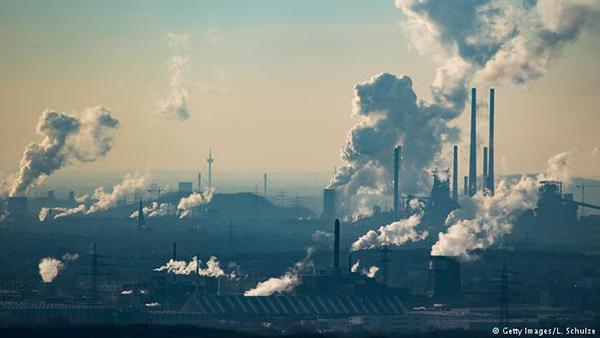 Rather than debating the facts of climate change, oil companies in the dock in California are questioning how long a climate consensus has existed. Two cities are suing oil companies for costs related to global warming.

An attorney for the Chevron oil company acknowledged in federal court that the company agreed with the scientific consensus showing humans are responsible for global warming.

But Chevron attorney Theodore Boutrous told the court in San Francisco that the scientific consensus on greenhouse gas emissions was not fully formed until the past decade.

“The notion that we know today of a dynamic changing climate is relatively new in human understanding,” he said.

San Francisco and Oakland are suing the five oil giants — Chevron, Exxon Mobil, ConocoPhillips, Royal Dutch Shell and British Petroleum — seeking to set up an abatement fund that would force the oil companies to help the cities pay for flood damage and preventative measures they say are the result of global warming.

Despite Chevron’s admission, the oil giants asked the court to dismiss the case, in part because Congress has given regulatory agencies authority over the production and discharge of greenhouse gas emissions.

US District Judge William Alsup said he wants to strip away the politics and “stick to the science” behind the issue. He called on both sides to present “the best science now available on global warming.”

“This is a serious proposition to try to educate the judge,” Alsup said.

Legal experts said they have never seen a judge holding a tutorial on climate change, and they are eager to see how the oil companies explain global warming.

Chevron’s Boutrous said the oil giant backs a 2013 report by the United Nations’ Intergovernmental Panel on Climate Change (IPCC), which concluded it was “extremely likely” that humans are contributing to global warming.

But Boutrous insisted that earlier reports by the IPCC were less certain.

When Alsup asked Boutrous if the other four oil companies agreed with his presentation, Boutrous said he was only speaking for Chevron.

The attorneys for the other four oil firms generally acknowledge the reality of manmade global warming, but none of them answered questions during Wednesday’s court hearing.

“I’m going to ask them at some point if they agree with everything you said,” Alsup said.

The five oil companies argued in court papers filed Tuesday that they should not be held liable for the effects of global warming, which is caused by “billions” of parties and “complex environmental phenomena occurring worldwide over many decades.”

Despite the wide scientific consensus, US President Donald Trump has turned US climate policy on its head since taking office 14 months ago.

Trump, a Republican, has pushed to increase fossil fuel production and announced that he was withdrawing the United States from the 2015 Paris climate accord, which aims to reduce emissions.