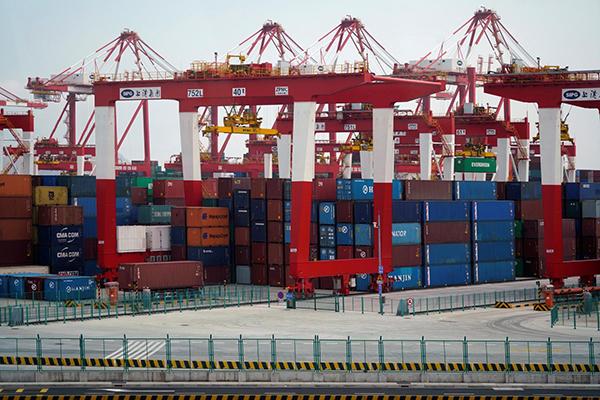 The ruling “proves that the U.S. side has violated WTO rules, repeatedly abused trade remedy measures, which has seriously damaged the fair and just nature of the international trade environment and weakened the stability of the multilateral trading system,” the ministry said.

There are growing fears that the world’s two largest economies could be sliding toward a trade war as Trump seeks to fulfill election campaign promises to get tough with China over its huge surplus with the United States.

Trump is expected to announce by Friday tariffs on Chinese imports worth up to $60 billion, and Beijing, according to the Wall Street Journal, has prepared retaliatory measures.

In the statement posted on its website late on Wednesday, the commerce ministry urged the United States to provide Chinese companies with a “fair and stable international trade environment.”

The WTO ruled the United States had not fully complied with a 2014 ruling against its anti-subsidy tariffs on a range of Chinese products. However, it also supported the U.S. claim that Chinese exporters were getting subsidies from “public bodies”, despite Beijing’s assertions to the contrary.

The tariffs that Trump is expected to announce will aim at curbing theft of U.S. technology by China.

U.S. Trade Representative Robert Lighthizer said on Wednesday they would target China’s high technology sector and there could also be restrictions on Chinese investments in the United States. Other sectors like apparel could also be hit.

An editorial in the state-run China Daily newspaper said the world should stand together to prevent a trade war, warning that China would not be the Trump administration’s only target.

“Since the U.S. seems unlikely to mend its ways, other countries should stop hoping they will be spared its protectionist shots and become more resolute in standing firm against them,” the newspaper said.

“History shows the pinpricks of protectionism can ultimately lead to the shots of war somewhere down the line.”

The Wall Street Journal reported on Wednesday that China was preparing to hit back with tariffs aimed at Trump’s support base, including levies targeting U.S. agricultural exports, citing unnamed people familiar with the matter.

Analysts said U.S. companies like Boeing Co (BA.N), which sell billions of dollars worth of planes to Chinese airlines, as well as deals which require Chinese approval could also become caught in the cross fire should a trade war break out.

U.S. electric carmaker Tesla Inc (TSLA.O) is in long-running talks with Shanghai authorities to build a local manufacturing plant in the city, while Chinese state media have called for measures against U.S. soybean imports to China.

“China has a lot of options on the table with respect to potential retaliation,” said William Marshall, a Hong Kong-based lawyer who advises both U.S. and Chinese clients on investments and disputes.