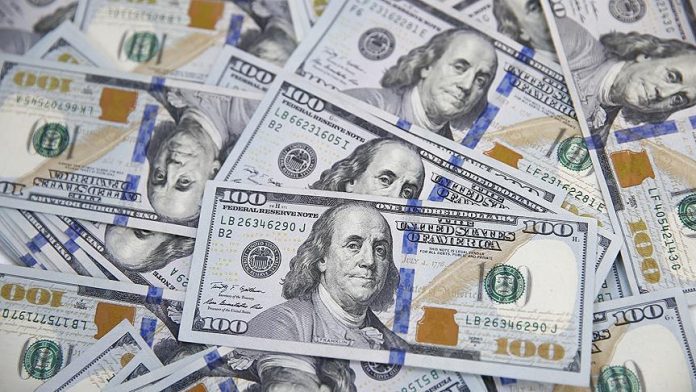 TOKYO (Reuters) – The U.S. dollar slipped on Thursday after the Federal Reserve did not signal a faster pace of rate hikes this year while worries about a coming announcement on tariffs from U.S. President Donald Trump dented Asian shares.

Given that some investors had expected it to project three more rate hikes, the guidance was perceived by some as less hawkish than anticipated, a positive factor for risk assets in general, though analysts noted the Fed was upbeat on the economy overall.

Fed policymakers notched up rate projections for 2019 and 2020 and also raised the estimated longer-term “neutral” interest rate a touch, suggesting the current tightening cycle could go on longer than previously thought.

“So the picture looks different when you look at longer-term projections. That explains the complicated reaction by markets. The prospects of continued rate hikes may cap shares,” he added.

That pushed the U.S. dollar lower in the currency market, with the dollar index .DXY =USD testing this month’s low after suffering its biggest fall in two months on Wednesday.

Strong UK wage data published on Wednesday cemented expectations that the Bank of England will likely signal a May rate hike later in the day at a monetary policy meeting.

Bucking the trend, the Hong Kong dollar HKD=D4 hit a 33-year low of 7.8469 per U.S. dollar, inching closer to the lower end of the Hong Kong Monetary Authority’s targeted trading band of 7.75-7.85.

But most market participants do not see this bout of weakness as a threat or attack on Hong Kong’s dollar peg, unlike instances in the past.

With the Fed meeting over, investors are watching Trump, who is due to sign a memo on imposing tariffs on Chinese imports at 1630 GMT on Thursday.

Concerns about a trade war between the world’s two largest economies have kept many investors on guard.

U.S. Trade Representative Robert Lighthizer said on Wednesday the tariffs would target China’s high-technology sector and could also include restrictions on Chinese investments in the United States.

Investors worry such a move could trigger countermeasures by China, possibly causing a vicious cycle of escalating retaliation.

“China’s equity market is relatively domestic. We estimate that on average more than 80 percent of revenues are generated in China while only a marginal share comes from the U.S. Still, there would be first-order casualties if trade tensions escalated. In the front line would be firms with significant exposure to the US, mostly in the tech and consumer

In the energy market, oil prices stood near six-week highs and closed in on a 3-year peak set in late January, helped by a surprise decline in U.S. inventories, strong compliance on OPEC production cuts, and persistent concerns on the nuclear pact with Iran.

U.S. West Texas Intermediate (WTI) crude futures CLc1 rose to as high as $65.74 per barrel CLc1, not far from its January peak of $66.66, having gained almost five percent so far this week.

In contrast, copper fell to three-month low of $6,702 per tonne CMCU3 the previous day before bouncing back to $6,817.