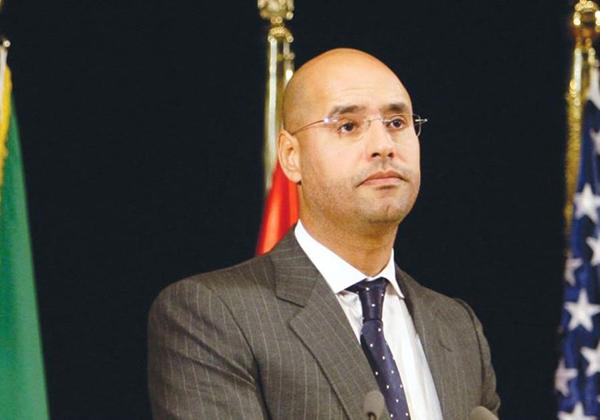 The Arab Spring of 2011 is threatening to come full circle.

The Arab Spring of 2011 is threatening to come full circle in lethally tumultuous Libya, where Muammar Gaddafi’s son Saif al-Islam is hoping to capitalize on nostalgia for the more stable days of his father’s four decades of despotism.

A spokesman for Saif al-Islam told a press conference in Tunis on Monday that he will be a candidate in presidential election planned for late this year. If he gains office, he will implement a “reform” program that will stress reconstruction to serve all Libyans, spokesman Ayman Abu Ras from Gaddafi’s Libyan Popular Front party said, according to the online news portal Middle East Eye.

It was only last summer that Saif al-Islam was released from six years of captivity in the hands of militiamen who held him in the town of Zintan and refused to hand him over to authorities. Out of concern for his own safety, Saif al-Islam is said to keep his whereabouts unknown to all but a close circle of associates. But Abu Ras said he is inside Libya and will soon address the Libyan people directly.
The run for top office, if the elections actually take place, will come despite a 2011 indictment by the International Criminal Court against him for alleged crimes against humanity during the failed attempts to crush the protests against his father’s regime. He was also sentenced to death in absentia by a court in Tripoli in 2015. Prior to the Arab Spring, Saif al-Islam, who was educated at the London School of Economics, had cultivated an image of being a modernizer and was well connected in London and Paris.

Now, his supporters are trying to sell him as the person who can save the country that has descended since 2011 into fragmentation – replete with rival parliaments, tribal militias, an Islamic State presence, competing warlords and abductions.

Saif al-Islam’s candidacy will be opposed by the powerful eastern-based commander of the Libyan National Army, Gen. Khalifa Haftar, who seems set on asserting his primacy whether through elections or by less democratic means.

Haftar is also casting himself as the person who can bring stability to Libya. In a January interview with Jeune Afrique, he described Saif al-Islam as naïve in politics, adding that it would be “illogical” for him to run in elections since he lacks popular support.

BUT HAFTAR may not be the best judge of Gaddafi’s popularity. While Saif al-Islam has many detractors, some segments of Libyan society would like to see a Gaddafi running Libya again, says Yehudit Ronen, a professor of Middle East Studies at Bar-Ilan University in Ramat Gan.

“For those who benefited during the rule of Gaddafi but have since been relegated to the political, social and economic margins, the moment Saif al-Islam arrives is when they can return to the circle of privilege and influence,” she said. “They come from western Libya, from Tripoli, from the army, and [from] armed and tribal militias that cooperated for four decades with his father.” Support for Saif al-Islam is also strong in the south of the country.

Ronen adds that after the bitter experiences of recent years, even many of those who opposed his father’s rule would now be willing to go along with the son whom they despised as a means of attaining order and greater security.

“There is terrible violence, kidnappings and ransom demands,” she said. “A person goes out in the morning and doesn’t know if he will return in the afternoon, the roads are dangerous, there is no governance, there is no orderly economy. Oil exports haven’t returned to what they were and don’t bring in the foreign currency needed to restore health, sewage and other systems. It is an extremely difficult situation in the east, west and south.”

Within this climate, Ronen says, “there is a nostalgia among some who opposed the regime and hated Gaddafi’s son. They are saying today: ‘It was terrible – a repressive regime where people disappeared and many went to prison for their political beliefs – but there was personal security.’ In their nostalgia, they forget those terrible things and say maybe it is preferable to have [Saif al-Islam Gaddafi], at least for a transitional period.”