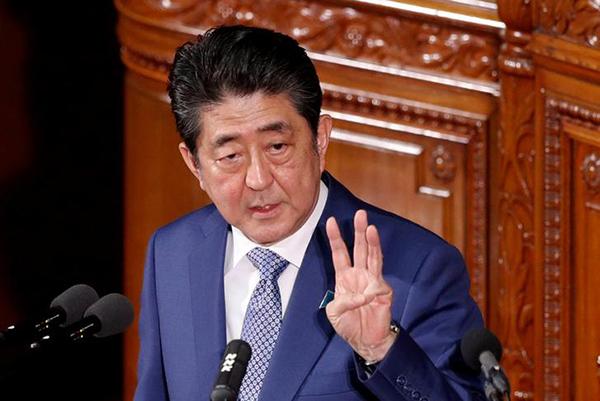 Japanese Prime Minister Shinzo Abe is under fire over controversy surrounding a heavily discounted land sale to a school operator with ties to his wife, Akie.

Abe has denied any wrongdoing by himself or his wife, but the affair has sparked a steep drop in support, making his political future uncertain.

Below are possible successors to Abe, who has been in office since December 2012.

Born to a political family from Hiroshima, the 60-year-old Kishida graduated from Waseda University in Tokyo and worked at the now-defunct Long-Term Credit Bank of Japan before entering politics. He won election to the lower house of parliament in 1993.

He served as state minister in charge of issues related to Okinawa, home to the bulk of U.S. military forces in Japan, in Abe’s first 2006-2007 cabinet, and then in a number of lesser cabinet posts before becoming foreign minister when Abe returned to office in 2012.

Seen as less hawkish than Abe on defense, Kishida during his tenure as foreign minister saw an increasingly belligerent North Korea carry out both nuclear and missile tests. He has expressed caution about Abe’s pet project to revise the pacifist Article 9 of the post-war, U.S.-drafted constitution.

Low-key and reserved, Kishida lists only “physical training” as a hobby in his official profile. His Instagram account is heavy on pictures of him with foreign officials and giving speeches.

A former defense minister who has also served as LDP secretary general, Ishiba has run for party leadership twice, most recently in 2012, when he was defeated by Abe in a second-round run off.

Ishiba, 61, is known for his knowledge of defense issues. He sparked controversy last year by questioning whether Japan could expect protection under the U.S. nuclear umbrella while maintaining its non-nuclear principles in the face of repeated North Korean missile and nuclear tests.

In 2013 he once again set off a furor by writing on his blog that protests against a government secrets bill were “not so different from acts of terrorism.” He later modified the comment to say the protests were not democratic.

A graduate of Tokyo’s Keio University, Ishiba worked at a bank before winning election to parliament in 1986 from Tottori, a prefecture in western Japan. He lists cooking and reading as hobbies.

Noda, 57, is a prominent LDP lawmaker and veteran of several cabinet and party posts who has been something of a pioneer throughout her political career.

When she was first elected to parliament, in 1993, she was the only female lawmaker in the more powerful lower house. In 1997 she became the youngest post-World War Two cabinet member, serving as telecommunications minister – a post now folded into her current portfolio as internal affairs minister.

In 2015, Noda tried to challenge Abe’s re-election as head of the LDP but could not get the backing of the 20 lawmakers needed to launch a formal bid. She told Reuters in 2015 that she would “of course” make another try when Abe left office.

Noda gave birth to a disabled son at age 50 after conceiving via donor eggs and in-vitro insemination. She has been lambasted on the Internet for “wasting taxpayers’ money” on his medical care.

Kono, 55, the current foreign minister, is known for his close ties with Washington and his reputation as a political maverick who does not shy away from speaking his mind even on politically sensitive issues, although he has followed the government policy line more closely since taking office.

Educated at Georgetown University in the United States and fluent in English, Kono worked as an aide for several U.S. politicians before returning to Japan.

He is the son of retired politician and former chief cabinet secretary Yohei Kono, who wrote a landmark 1993 apology for”comfort women” forced to work in Japanese military wartime brothels.

In 2002 he donated part of his liver to save the life of his father, who was suffering from cirrhosis.

Koizumi, 36, is the son of former prime minister Junichiro Koizumi.

The younger Koizumi, who has a master’s degree from Columbia University in New York and did a stint as a researcher at Washington-based think tank Center for Strategic and International Studies, served as his father’s political secretary. He was elected to the lower house in 2009 after his father’s retirement.

Koizumi has served as parliamentary vice-minister for reconstruction of the northeast region of Japan that was devastated by the March 2011 tsunami and nuclear disaster. He has not, however, overtly backed his father’s calls for Japan to abandon nuclear energy immediately.