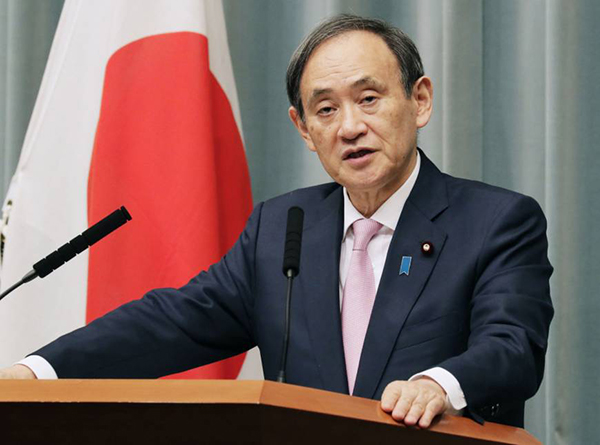 OSAKA – Internal documents related to the government’s so-called secret funds have revealed that some 90 percent of such expenditures were disbursed without receipts under the discretion of chief Cabinet secretaries, a lawyers’ group said Tuesday.

The documents mark the first public release of details about the covert funds, which are used for intelligence gathering and other activities deemed to be in the national interest.

The move follows a ruling by the Supreme Court in January ordering the state to disclose documents related to the funds. The top court limited the disclosure to those that do not carry information on how and for whom the funds were used.

The state disclosed documents that showed a total of ¥2.68 billion ($25.1 million) being spent under three chief Cabinet secretaries — ¥1.1 billion between November 2005 and September 2006 under Shinzo Abe, ¥250 million in September 2009 under Takeo Kawamura and ¥1.33 billion between January and December 2013 under Yoshihide Suga.

Kobe Gakuin University Professor Hiroshi Kamiwaki, one of the plaintiffs who sought the disclosure, said he is “appalled” to learn that most of the funds could be spent freely by chief Cabinet secretaries and called on boosting “the degree of transparency.”

Suga, the current chief Cabinet secretary, told a news conference Tuesday, “It is a matter of course that we follow a ruling and respond appropriately. We will continue the appropriate execution thoroughly so that we do not invite distrust among the public.”

The government maintains that it is inappropriate to reveal how the funds are spent for the sake of state secrecy, Suga said.

Police are set to serve another arrest warrant on a 27-year-old man over the murder of a high school girl last year, the 10th arrest warrant served on the suspect, who has admitted to killing and d…

Japan’s nuclear regulator to increase legal staff to respond to Fukushima lawsuits, others

The nation’s nuclear regulator will increase its legal staff from this spring to deal with lawsuits related to the Fukushima crisis, sources said Wednesday. The secretariat of the Nuclear Regula…

The plaintiffs on Tuesday sent a letter to Suga calling for a review of the government’s policy.

Kamiwaki and others filed lawsuits with the Osaka District Court between 2007 and 2013 to demand disclosures regarding the spending under the three chief Cabinet secretaries of administrations led by the Liberal Democratic Party.

The lawsuit centered on whether the use of the funds can be kept secret if it is determined that disclosures about their use would interfere with state operations.

The funds, formally known as Cabinet Secretariat compensation expenses, can be used flexibly, such as for intelligence operations or for planning key national policies.

In the past, reports have surfaced that the funds have been used for political maneuvering to counter opposition parties or for overseas trips by lawmakers.

Each year, the government budgets some ¥1.4 billion as secret funds, including money spent by the Cabinet Secretariat’s intelligence investigation office.