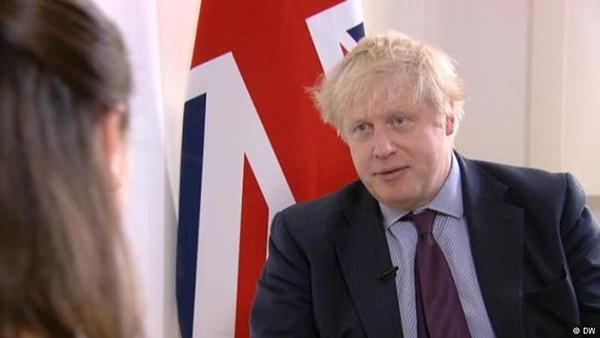 Johnson said comparing this summer’s World Cup in Russia to the 1936 Berlin Olympics was “right.” Nazi leader Adolf Hitler wanted the 1936 Olympics in Berlin to show the supposed racial superiority of the German race.

Russia said on Wednesday it was “unacceptable” for British Foreign Minister Boris Johnson to compare Russia’s hosting of the 2018 football World Cup with Nazi Germany’s hosting of the 1936 Berlin Olympics.

“Such parallels … are unacceptable and are beneath the head of a diplomatic body of a European state,” Russian Foreign Ministry spokewoman Maria Zakharova said on her Facebook page.

Speaking in the UK parliament on Wednesday, Johnson agreed with an opposition MP who had suggested that Russian President Vladimir Putin would try to exploit the World Cup much as Nazi leader Adolf Hitler had tried to do with the 1936 Games.

“I think the comparison with 1936 is certainly right,” Johnson said, adding: “I think it’s an emetic prospect, frankly, to think of Putin glorying in this sporting event.”

Asked whether he thought the England football team should withdraw from the competition, Johnson said it would be “wrong to punish” the team or England fans.

London has accused Moscow of being responsible for the attack, which British scientists have said used a Russian-made military-grade nerve agent known as Novichok. In response, the government expelled 23 Russian diplomats and said it would not send any ministers or members of the royal family to the World Cup.

Russia has dismissed the allegations and retaliated by expelling 23 British diplomats and closing down the British Council, the UK’s cultural promotion agency.

Nazi leaders intended to exploit the summer Olympic Games in 1936 to promote the Nazis’ belief in German nationalism and Aryan racial supremacy.

During the event, Hitler refused to shake the hand of the black American athlete Jesse Owens, who had won four golds in track and field.