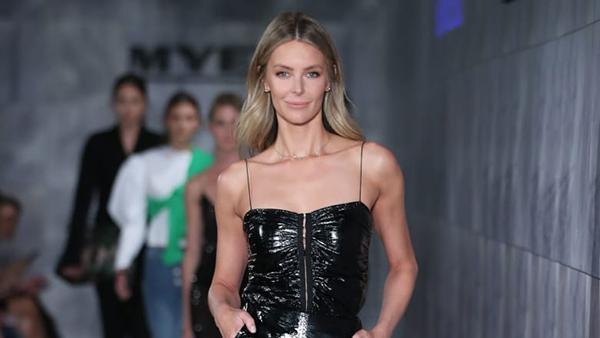 On Wednesday, department store Myer posted a mammoth $476-million loss for the first half of the financial year.

The result was about as awful as everyone expected.

At its investor briefing on Wednesday, the company, which is without a chief executive since the departure of Richard Umbers in February, said it would no longer focus on “Eva” – its aspirational, fashion-forward customer – and instead concentrate on the “traditional” customers it lost when it took a more ambitious path, particularly in its fashion business.

While the statement is no doubt well meaning and designed to alleviate nerves among investors, chief of whom is powerful businessman Solly Lew, it sends a very confusing message about what Myer stands for when it comes to fashion.

For many years, Myer and its main rival, David Jones, went toe to toe for prestigious brands, the so-called “store wars” that have been a fabled part of Australian retail.

But about two years ago, something changed. Myer lost a number of Australian designers to DJs, including By Johnny, Manning Cartell and Aje, and instead focused more on up-and-coming brands, such as Acler and Asilio, and international labels.

It also experimented with a local arm of Topshop, which collapsed last May, and its sass & bide brand has also struggled.

For its part, David Jones has had its share of bumps in fashion, particularly in its private label brands, such as Studio W and RE: Denim, and cutting ties with ambassador Jesinta Franklin, viewed as one of the store’s best assets, in late 2017.

In December, Myer announced that it was taking on eight new international brands, including Marni and Lanvin, to cater to a wealthier, fashion-forward and, increasingly, overseas visitor customer, mainly from Asia.

The brands were high profile and exciting: Victoria Victoria Beckham, Jil Sander and Ganni were also among them.

Last week in Sydney, editors, including myself, were taken through the new collections at a morning soiree that was beautiful and incredibly low key, a far cry from the mega launches the brand was accustomed to throwing in more bountiful times.

During the Melbourne Fashion Festival this month, Myer also staged what I thought was one of the best, most tightly edited shows of the week, featuring some of the new international labels and starring one of its best remaining assets, ambassador Jennifer Hawkins.

Hawkins, who has been with the store for 13 years and is a major shareholder as well as stockist through her Cozi swimwear and Jbronze tanning product brands, has vowed to stick by the ailing retailer. Her contract as ambassador is up for renewal this November, when all eyes are on Myer at Flemington, where it has naming rights to the Fashions on the Field competition and a marquee on “millionaires row” in the Birdcage.

But with Myer now vowing to go after the mums and dads it left behind in the manchester department while it chased the fashionista dollar, it may leave a large cohort of customers confused about what the store stands for in fashion.

One of Myer’s most attractive properties is the international collections section, especially in the Melbourne store. The area is home to beautiful fittings and plush furniture, as well as in-house personal shoppers who can provide the one-on-one service so often missing from the modern department store floor.

However, following such a perilous result, Myer may have to cut some of the cream from its cake, meaning there could be pressure to devote more floor space to affordable, local brands (and its house brands) and less to “show-stopper” brands such as Maticevski, Alex Perry and the internationals.

Chairman Gary Hounsell hinted at sweeping changes on Wednesday when he said the company is determined to “drive product and prices … that will attract our traditional customer base back”.

This will likely mean the closure of poor-performing stores but fashion customers would be naive to think the changes won’t affect them. While Myer will always be a home of fashion, it is unlikley it will be the home of fashion again for some time while it gets its balance sheet sorted. After all, how can you justify real-estate for $10,000 frocks when you can’t pay the rent?

Could it be goodbye Ganni and au revoir Lanvin? Whether or not Myer retains its prestige brands, a clear statement about its position in the fashion landscape will at least clear up confusion about what it is and who it’s targeting. Wednesday’s result, while sobering, may be an important first step. And then maybe, one day, Eva will return to the racks.

The writer travelled to Sydney last week as a guest of Myer.