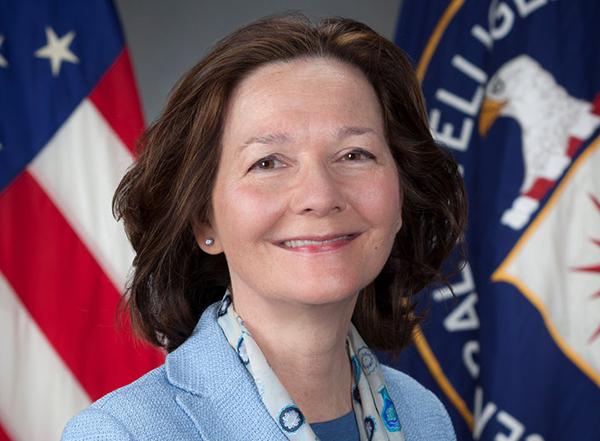 Gina Haspel’s dark past makes her a complicated figure for feminists to support.

The world desperately needs more women leaders, but feminists don’t have to love and champion each and every woman who lands in a position of power.

This week, Pres. Donald Trump nominated Gina Haspel to run the Central Intelligence Agency. If the Senate confirms her, she will be the first woman to run the CIA in its 70-year history. A female groundbreaker is something to celebrate, right?

But Haspel, a veteran CIA operative who’s been with the agency for more than 30 years, comes with controversy. During the Bush years, after the attacks of Sept. 11, Haspel ran a “black site” prison in Thailand that conducted so-called enhanced interrogation ―  torture ― that’s since been exposed, called out and halted. There are also charges that she participated in covering up some of these activities. Many civil rights advocates have already decried her nomination. And because of the secretive nature of the CIA, the extent of her involvement remains murky.

Pres. Trump made sure to brag that Haspel was the first woman chosen to lead the CIA, and some of his staff amplified the point. But considering Haspel’s dark past, it’s not at all clear that her elevation would be anything like a win for women.

“Feminism isn’t about wildly agreeing with all women,” Michelle Ryan, a psychology professor at the University of Exeter in England who studies gender and leadership. “It’s about equality.”

Typically, the idea that women each be judged on their individual merits is an argument that conservative women make without much fuss. From the right, this view lines up with a belief in the ascendance of individuality. The argument was endlessly rehashed during the presidential election when women on both sides of the aisle proclaimed that they didn’t have to support Hillary Clinton just because she was a woman.

“Women are individuals and can think for themselves and ought to,” said Mona Charen, a senior fellow at the conservative Ethics and Public Policy Center. “It’ll be a great day when people react to a woman based on her individual qualities.”

The issue of whether or not to celebrate a pioneering woman regardless of her policies isn’t complicated for Charen. A longtime conservative, who chose not to work for George H.W. Bush because he was too much of a “squish,” she doesn’t necessarily think it matters that there are so few women leaders in politics or business.

“Women should do what they want to do,” said Charen, who has a book coming out this summer called Sex Matters: How Modern Feminism Lost Touch With Science, Love and Common Sense.

“If they want to be leaders, they should be,” she said. If not, that’s OK, too. Charen, who made a name for herself recently by speaking her mind about Republican hypocrisy at a conservative gathering, noted that Haspel has a strong reputation for competence and is fairly widely respected. (A rarity considering the caliber of those in the Trump orbit these days.)

Charen’s been making the case for women to be judged individually throughout her career with little controversy.

However, when progressives, who are typically more focused on women’s rights, don’t automatically celebrate every woman leader, there is more backlash.

It really confuses some conservatives when progressive feminist women don’t automatically support every big-name female leader. But that reveals a naked misunderstanding or indifference to women’s rights ― a presumption that all us girls need is to see a woman in power and the feminist project ends there. You need only look back to the uproar around Sarah Palin in 2008 to see the same issues crop up.

Republicans tried to gin up enthusiasm for Palin, simply because she was a woman ― a way to draw votes from frustrated women who had supported Hillary Clinton’s failed bid for the Democratic nomination. They didn’t seem to realize that those women cared about actual policies and ideas, too. It’s not enough that a candidate wear a skirt; she must also espouse policies and ideas that empower the people who wear skirts. Palin did not.

“The McCain campaign is cynically trying to recreate the excitement that surrounded Hillary Clinton’s candidacy,” wrote Jessica Valenti in The Guardian at the time. “Believing that all women want is … another woman.”

Kellyanne Conway was the first female presidential campaign manager to win an election. Fox News a while back tried to argue that feminists should therefore love her. Feminists, under this rationale, are also supposed to applaud Sarah Huckabee Sanders for simply being a working mother with a high-profile role.

But it’s tough to get psyched about the women in Trump’s orbit. They not only support and enable a man accused multiple times of sexual assault, but who is also openly hostile to policies and positions that would help women.

There are a few wrinkles here that probably help add to the confusion on the right.

First, in a collective sense we do want to simply see more women in power. Gender equality ― generally ― leads to more fair outcomes for women. Research has shown that the empowerment of more women can lead to more opportunities for women ― new kinds of jobs, pathways to promotion, etc. More women leaders mean that more girls get female role models to look up to and emulate. You have to see it to be it, the argument goes.

More women in power also can lead to a reduction in gender discrimination and an increase in pro-women policies, too. We saw this in the fight to keep Obamacare, a policy with huge benefits for women, in place last year ― it was female Republican senators who kept health care alive. There’s even some research that shows that more women in power leads to a reduction in sexual harassment. It is female senators ― on both sides ― who are pushing for paid leave laws right now.

Second, feminists are typically inclined to call out sexism, no matter the target. That means they’ve objected to the misogynistic portrayals of Conway, Sanders and Palin — even while disagreeing with their policies and positions.

It’ll be interesting to see if Haspel faces a sexist, gendered critique in the coming weeks. She’s expected to face tough questioning over her role in the CIA torture program at her confirmation hearing, which is set for April. She’s already been called “the queen of torture.”

Because there are so few women at the top of organizations, the ones who do ascend are judged not just on their merits ― but through the lens of their gender.

When a female leader fails, that’s almost always a ding for all women, said Ryan, who is one of the researchers who coined the term “Glass Cliff,” after finding that women were more likely to be thrust into leadership positions at organizations that were already imperiled.

It’s possible Haspel’s involvement in the CIA’s program will be judged more harshly because women are often expected to somehow be more moral, empathetic and caring than men: “We don’t expect women to be involved in torturing people,” Ryan said. Would a man be called out in the same way facing the same charges, she asked. (It recalls the way Lynndie England became the face of the horrifying story of torture in Iraq, even as there were so many others involved and making the decisions that enabled her.)

Not everyone is that worried about sexism and Haspel.

Now that she’s shattered the glass ceiling, Haspel should be judged on her merits, said Juliette Kayyem, former assistant secretary at the Department of Homeland Security and a lecturer at the Harvard’s Kennedy School of Government.

“There’s not a female approach to homeland security,” said Kayyem, who worked under Janet Napolitano during the Obama administration.

Interestingly, Kayyem also pointed out that it’s actually been easier for women to reach the top in national security ― Kirstjen M. Nielsen runs DHS currently ― than break through at an operational level.

Rank and file agents and officers are still more likely to be men at the CIA, Kayyem said: “It’s not uncommon to be in a room where senior leadership is more diverse than the agents and investigators.”

We can applaud Haspel for being the first, Kayyem said. “But we need to know why we’re applauding it. She is a woman who ought to now be judged as we would want a man to be judged.”

Or, in other words, she should be judged as we would want any human to be. That’s equality.