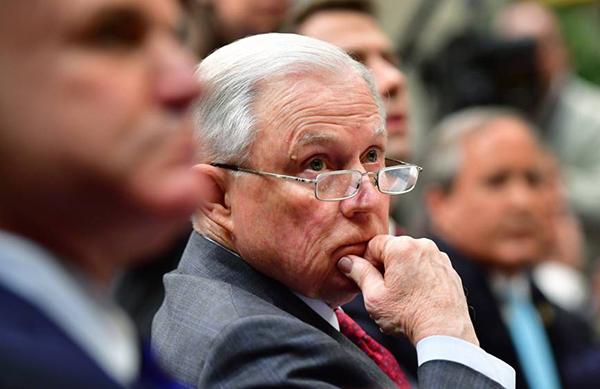 WASHINGTON – Special counsel Robert Mueller and the FBI investigated Attorney General Jeff Sessions last year for misleading lawmakers about his contacts with Russians before eventually closing that part of the case, according to three people with knowledge of the matter.

The investigation, which examined statements Sessions made last year during his confirmation process to become attorney general, was authorized by former FBI Deputy Director Andrew McCabe, according to the people, who asked not to be identified discussing a sensitive matter. Sessions fired McCabe on March 16 for a lack of candor and misleading Justice Department officials in a separate matter.

“The Special Counsel’s Office has informed me that after interviewing the Attorney General and conducting additional investigation, the Attorney General is not under investigation for false statements or perjury in his confirmation hearing testimony and related written submissions to Congress,” Charles Cooper, Sessions’ lawyer and founder of Cooper & Kirk PLLC, said in a statement Wednesday.

Sessions wasn’t aware of the investigation into his actions when he fired McCabe, according to a person close to the attorney general.

Sessions, at the time a senator from Alabama, was an early and avid surrogate for Donald Trump during his 2016 presidential campaign. He came under criticism from Democratic lawmakers after denying during his confirmation process that he had had contacts with any Russians. Sessions later acknowledged that he had met at least twice in 2016 with Sergey Kislyak, who was then Russia’s ambassador to the U.S.

Sessions has defended himself by saying he didn’t recall meeting with Kislyak.

Sessions has also said he was correct in not mentioning the contact during his confirmation hearing in January 2017. He said that was because he was responding to a question about what he’d do if he found out that anyone affiliated with Trump’s team was communicating with Russian officials during the campaign.

The revelation about his contact with Kislyak prompted Sessions to recuse himself last March from being in charge of the federal criminal investigation into Russia’s role in the 2016 election. Mueller was appointed to led the investigation last May after Trump fired then FBI Director James Comey.

McCabe’s role in the Sessions probe is notable. He served in the Federal Bureau of Investigation for 22 years and was terminated by Sessions two days before he was set to retire and become eligible to collect his full federal pension.

Sessions made the decision to fire McCabe after the FBI’s Office of Professional Responsibility recommended he be dismissed for not being forthcoming about authorizing discussions with a reporter about a pending investigation. Sessions said he relied on internal assessments that McCabe lacked candor on multiple occasions.

McCabe responded with a lengthy, combative statement saying he was the target of a political attack by Trump and that he has knowledge of events that took place after Trump fired Comey — events which have been a focus of Mueller’s probe.

McCabe said he’d been “singled out and treated this way because of the role I played, the actions I took, and the events I witnessed in the aftermath of the firing of James Comey.”