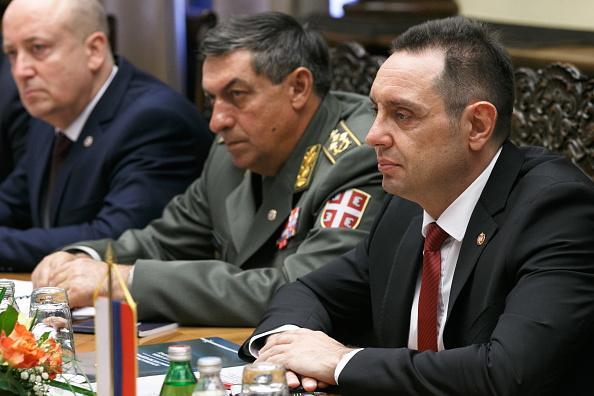 Serbia’s military will get actively involved in the fight to raise the country’s low birth rate, which the defense minister referred to as a “plague.”

“The Army of Serbia will get involved in an active struggle to increase the birth rate. The Serbian Army will, using all of its powers, do everything so that there are more births, to stimulate the birth rate, to help every family that wants to have children,” Aleksandar Vulin, Serbia’s minister of defense, told reporters during a press conference Wednesday.

The statement was made in response to Serbian President’s Aleksandar Vucic’s comments over the weekend, when he bemoaned the falling birth rate and noted that Serbia’s overall population would drop substantially by 2060 if something doesn’t change.

The military’s plan to take an active role in the birth rate caused alarm among some observers in Serbia, who began speculating about what a militarized fertility campaign might look like. But some analysts said the comments were benign, and referred to the Department of Defense’s plan to give a small stipend to military families for each child that is born. Nevertheless, the renewed focus on birthrate raises important questions about which members of the population are included in the government’s official birthrate count, analysts said.

“[Vulin] just said that army families will get DOD benefits, small [ones], frankly. This is the least bad statement or policy that he has had recently,” Jelena Milic, director of the Center for Euro-Atlantic Studies in Serbia’s capital Belgrade, told Newsweek.

“But the entire birth rate issue….has failures. It does not say if the data is including birthrates of ethic minorities in Serbia or only Serbs, if everyone or only ethnic Serbs are eligible for incentives,” Milic continued.

The decision to give stipends to military families comes as other government departments also brainstorm ways to revitalize the country, particularly small rural villages mostly populated by the elderly.

The government also recently suggested that it may give young married couples free land in rural villages.

Like many other countries in Europe, Serbia has a negative birth rate. The population fell by around 385,000 in the decade from 2006 to 2016, causing some Serbian politicians to warn that Serbs would disappear. Some politicians have called the falling birth rate a national security crisis. Some experts underscored that the fixation on population decline has nationalist undertones.

“Vulin’s comments that Serbia has been beset by a ‘white plague’ of population decline echo a myth of demographic panic that nationalists across the Yugoslav region, not just in Serbia, have been perceiving since before the 1990s wars. The myth of demographic panic ties gender and ethnic competition together: if ‘our’ women are supposedly not having enough babies to reproduce the nation, the myth holds, ‘our’ historic competitors and enemies will reproduce faster and outnumber ‘us,'” Catherine Baker, a senior lecturer at the University of Hull and an expert on post-Yugoslav nationalism, told Newsweek.

“The myth of the ‘white plague’ plays into a politics of fear about becoming a minority and puts women’s sexual behavior under even more scrutiny than usual, since women are held far more responsible for the ‘plague’ than men,” Baker continued.

Even Serbia’s entry for this year’s Eurovision song competition is called Nova Deca, or “New Children.”

The government has also invented a number of slogans to encourage people to have more children, like “Miracles don’t happen, miracles are born,” and “sometimes children are born and beautiful things happen.” The slogans have been criticized by some female members of Serbia’s government.

“No one has the right to either order women to give birth or to blame them over the low birth rate by treating them as some kind of breeding machines,” Serbia’s Deputy Prime Minister Zorana Mihajlovic said last month.

Serbia isn’t the first country to try to boost population numbers with financial incentives. Countries like Australia and Germany have also offered bonuses or paid childcare for families. Denmark, meanwhile, launched a public service campaign several years ago called “Do It For Denmark.”